Brexit - What Now? The Voting Behind the Tumult

Professor Philip Cowley
Monday, 23 Sep 2019
Google Calendar Outlook Calendar
Complimentary Drinks Reception 6.30 pm; Talk 7.30 pm
KPMG, 8/F Prince's Building, Central
Pre-payment is requested. Please scroll down.
Following one of the most tumultuous fortnights in British political history, Britain’s Brexit future may not yet be clear. While there are several possible outcomes, the only thing for sure is that Britain’s political geography and unwritten constitution are never going to be the same again. 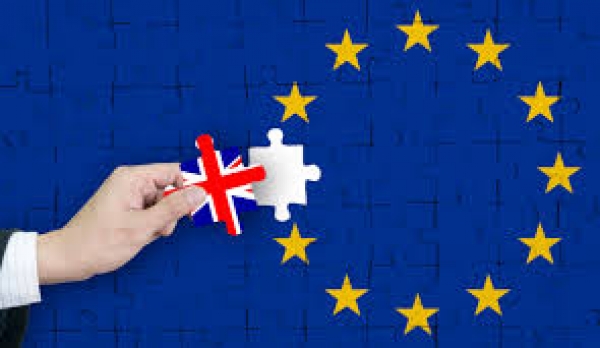 Following one of the most tumultuous fortnights in British political history, Britain’s Brexit future may not yet be clear.  While there are several possible outcomes, the only thing for sure is that Britain’s political geography and unwritten constitution are never going to be the same again.

In this talk, political scientist Prof Philip Cowley, perhaps Britain’s leading election analyst, gives his thoughts on the changing political geography of the United Kingdom and its constituent nations, and of the parties represented in the Houses of Commons and Lords.  He also offers his thoughts on the results of recent by-elections and opinion polls considering their implications for the state of voters’ minds and their implications for the Brexit process.

Prof Cowley also discusses how Brexit has consumed British politics since the referendum to leave in 2016.  It has polarised the electorate, triggered a string of constitutional crises, and brought down two Prime Ministers already, with some predicting it might cause Boris Johnson’s tenure in Downing Street to be the shortest of any leader since 1827.  He concludes by discussing how British politics got to this situation and considers what may happen next.

Professor Philip Cowley is Professor of Politics at Queen Mary University of London and an Honorary Professor at the University of Hong Kong.  He received his BSc from Brunel University and MA from Hull University.  He is author of a series of books on British general elections, as well as the Sex, Lies and the Ballot Box series, of which the latest, Sex, Lies and Politics, was published in September 2019.  He is also author of The Rebels: How Blair Mislaid His Majority and several other books.  He has written for every major British newspaper on elections, voting, political whipping and parliament, and appeared on countless radio and television programmes.  He has won numerous prizes for his research and is also the author of some 500 papers.

The Royal Geographical Society – Hong Kong wishes to express its thanks to KPMG as our Venue Sponsor for this talk.