Out of the Gobi: My Story of China and America

Weijian Shan
Tuesday, 8 Oct 2019
Google Calendar Outlook Calendar
Complimentary Drinks Reception 6.30 pm; Talk 7.30 pm
KPMG, 8/F Prince's Building, Central
Pre-payment is required. Please scroll down.
In this talk, Weijian Shan, one of Asia’s best-known financiers, recounts the remarkable personal story of his exile to the Gobi Desert for hard labour at the age of 15, amidst the tumult of Mao’s Cultural Revolution – all the way to becoming the Chairman of one of the world’s largest private investors. 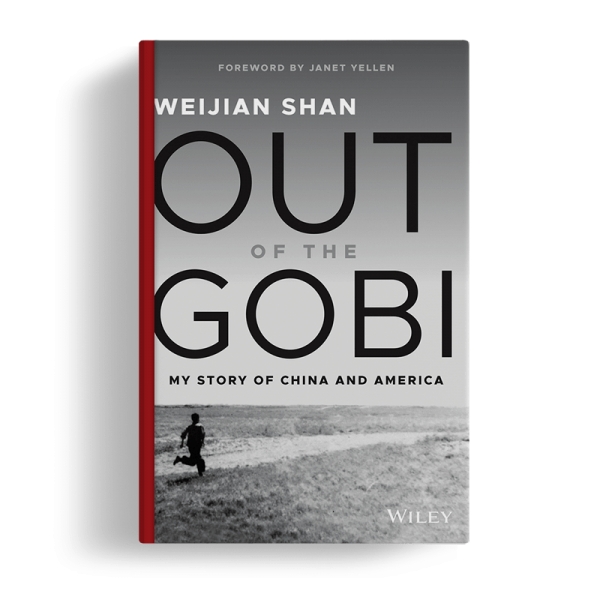 Mr Shan shares his extraordinary personal journey of perseverance.  He spent six years doing hard labour in China’s Gobi Desert.  There, however implausible it might seem, he and others had to try to grow crops and transform the desert into agricultural land.  He took great risks to educate himself during his exile, which included hiding himself in a tool shed with a kerosene light at night to read whatever materials he could get his hands on.

He then tells of how he went on a career as a high profile private equity investor.  This involved getting from the Inner Mongolia desert to achieve a Master’s Degree and PhD at Berkeley, California and becoming a professor at Wharton.  He then moved to Hong Kong ultimately becoming JP Morgan’s China head and Chairman of PAG.

He describes his very different experiences in the West and East, reminding both China and America how productive the relationship was in those early stages.

Weijian Shan is the Chairman and CEO of private equity firm PAG Group.  He studied English at the Beijing Institute of Foreign Trade, at the University of San Francisco for his MBA, and at the University of California, Berkeley for a masters in economics and a PhD in business.   He later worked at the World Bank in Washington, DC as an investment officer and taught at the Wharton School of the University of Pennsylvania for 6 years.

He then held senior positions at JP Morgan in China, before joining TPG Capital.  Mr Shan is a frequent contributor to journals and newspapers and appears regularly on television. His commentary on the Chinese economy has appeared in the New York Times, Financial Times, and Wall Street Journal and is the founder of the China Economic Review.  His memoir, Out of the Gobi: My Story of China and America, has a foreword by Janet Yellen, the former chairman of the United States Federal Reserve.

The Royal Geographical Society – Hong Kong wishes to express its thanks to KPMG as our Venue Sponsor for this talk.