The Anarchy: The Story of East India Company (This event is full)

William Dalrymple
Friday, 25 Oct 2019
Google Calendar Outlook Calendar
Complimentary Drinks Reception 6.30 pm; Talk 7.30 pm
Jardine Penthouse, 48/F, Jardine House, 1 Connaught Place, Central
Pre-payment is required.
The Anarchy tells the remarkable story of the East India Company - of how one of the world's most magnificent empires, the Mughal, disintegrated and came to be replaced by an almost unregulated private company. The East India Company was based in the City of London thousands of miles away with one small office, five windows wide, and answerable only to its distant shareholders. William Dalrymple tells the story of the East India Company as never before, a timely cautionary tale of the first global corporate power. 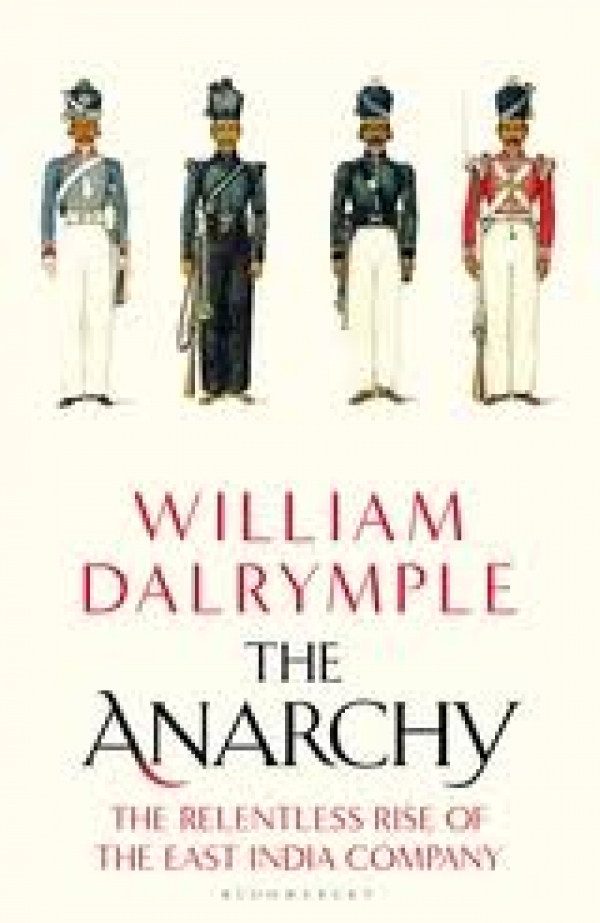 In August 1765, the East India Company defeated the young Mughal emperor and forced him to establish in his richest provinces a new administration run by English merchants who collected taxes through means of a private army.

The East India Company's founding charter had always authorised it to 'wage war'.  But this new government marked the moment that the East India Company ceased to be a conventional international trading corporation dealing in silks and spices, and became something much more unusual: colonial power in the guise of a multinational business.  In less than four decades, it had trained up a security force of around 200,000 men, twice the size of the British army, and had subdued an entire subcontinent.  It conquered first Bengal and finally, in 1803, the Mughal capital of Delhi itself.  The Company's reach stretched until almost all of India was effectively ruled from a boardroom in London.

William Hamilton-Dalrymple was born in Scotland and educated at Trinity College, Cambridge.  He has lived in India since 1989.  He wrote his first bestselling book, entitled In Xanadu, detailing the journey from Jerusalem to Mongolia, when he was only 22.  His first four publications were travel books on his journeys through India, Central Asia and the Middle East.  In 1999, he began writing on history instead of travel, publishing several critically acclaimed works, such as his 2009 publication Nine Lives: In Search of the Sacred in Modern India, which won the Asia House Literary Award.

He has written and presented several multi-part television series on India’s colonial past with Channel 4 and the BBC.  His work has earned him a great number of prizes, including the Royal Scottish Geographical Society’s Mungo Park Medal for his outstanding contribution to travel literature, the Royal Society for Asian Affairs’ Skyes Award and the President’s Medal of the British Academy.  He holds three honorary doctorates.

The Royal Geographical Society - Hong Kong also thanks
the Mandarin Oriental Hotel for its generous support to this talk.