Behind the Veil - A Tour of Iran Today

David Nissan
Wednesday, 23 Oct 2019
Google Calendar Outlook Calendar
Complimentary Drinks Reception 6.30 pm; Talk 7.30 pm
Hill Dickinson, Suite 3205 Tower Two, Lippo Centre, 89 Queensway, Admiralty
Pre-payment is required.
International Iran expert David Nissan asks how much is really known about Iran, a country that has dominated news headlines in recent years. He offers a rare and magical glimpse into this beautiful, mysterious and fascinating country that is concealed behind the, to many outside the country, dark and ominous veil of the current Islamic regime. 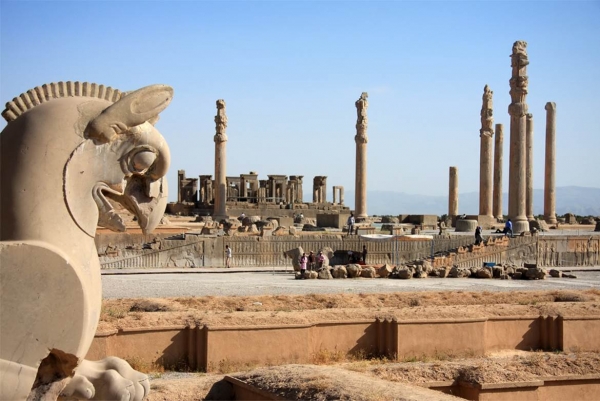 The talk is arranged as a guided tour of Iran, beginning in Tehran, the cosmopolitan and in many ways modern capital city.  It continues on to Iran’s exquisite cultural sites in the cities of Esfahan and Shiraz and others.  He concludes with the magnificent Caspian Sea coast and the mountain roads back to Tehran.

With breathtaking photographs, the audience is shown the fascinating cultural dimensions of a country and people with a glorious past.  This in particular focuses on the fabulous Persian art, architecture, cuisine and history, and current the split identity of the Iranian people.

Mr Nissan is also pleased to take questions on the current state of politics and military affairs in Iran and its sometimes fraught international relations.

David Nissan hails from Iran and is resident in Israel.  He is an international Iran and Middle East expert.  He received a BA in Middle-Eastern Studies and an MA in International Relations from the Hebrew University of Jerusalem.  He served in the Israeli security establishment for more than 20 years, at both the Israel Defense Forces and the Ministry of Defense.  He also spent several years as an Iran expert for Terrogence, Israel's leading company for intelligence from the internet.  He has been interviewed on Israeli national radio and television, and has spoken numerous fundraising and cultural events in Israel and abroad. He is currently a full-time speaker and consultant.

Members of the RGS, their guests and others are most welcome to attend this event, which is HK$150 for RGS Members and HK$200 for guests and others, including a complimentary glass of white or red wine.  This event is free of charge for our Student Members.

The Royal Geographical Society – Hong Kong wishes to express its thanks to Hill Dickinson as our Venue Sponsor for this talk.

The Royal Geographical Society - Hong Kong also thanks
the Mandarin Oriental Hotel for its generous support to this talk.