A Savage Dreamland: Journeys in Burma

David Eimer tells of what he discovered while travelling, living and writing in Burma over the past decade, in a portrait of this extraordinary unique and complex country.  He demonstrates how many of the problems that Burma faces are a direct result of its extremely turbulent history, and are the legacy of both colonial rule and the junta that ruled Burma 1962-2010. 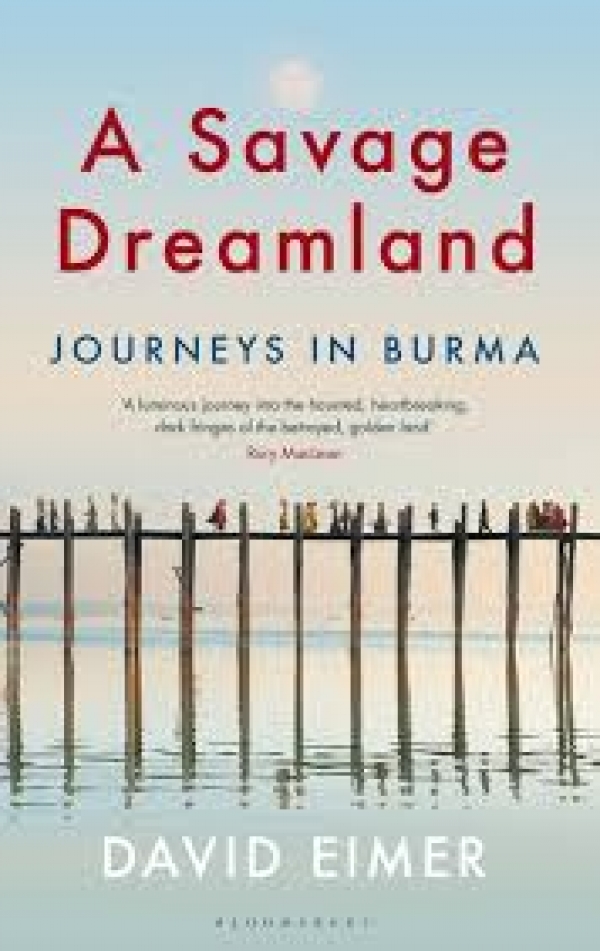 He speaks of the last days of the military dictatorship, the transition from military rule to a civilian democracy and how the army retains significant political power in Burma.   He also discusses the rapid economic and social changes that have occurred in Burma since the end of military rule, about how the country went from being in stasis for 50-odd years under the generals to suddenly opening up to the outside world and all its influences.

David concludes with some of the most pressing issues the country faces: the Rohingya crisis, the ongoing civil wars between the Burmese and the ethnic minorities in the borderlands adjacent to China, and the rise of Buddhist nationalism.

David Eimer hails from the UK and was educated at University College, London, where he read law.  After a career as a journalist in London and Los Angeles, he moved to China in 2005 and was the China correspondent for the Sunday Telegraph from 2007 to 2012.  He also worked as a columnist and feature writer for the South China Morning Post, The Independent and Independent on Sunday.

Having first visited China in 1988, he has travelled in every province of the country and resided in Beijing from 2005 to 2012.  Currently based in Phnom Penh and Bangkok, Mr Eimer was the Daily Telegraph’s Southeast Asia correspondent from 2012 to 2014.  He has published the well-reviewed books The Emperor Far Away: Travels at the Edge of China and A Savage Dreamland: Journeys in Burma.

The Royal Geographical Society - Hong Kong wishes to express its thanks to Jacada Travel as the Venue Sponsor of this talk.