In September 2019, Harold Ousby followed the route of the famous 1914 Giro d’Italia. Recognised as the hardest Grand Tour ever, it was originally won by Alfonso Calzolari. Taking place on unmade roads with a field of 80 starters, only eight finished. Calzolari averaged an unbelievable 250 miles a day. 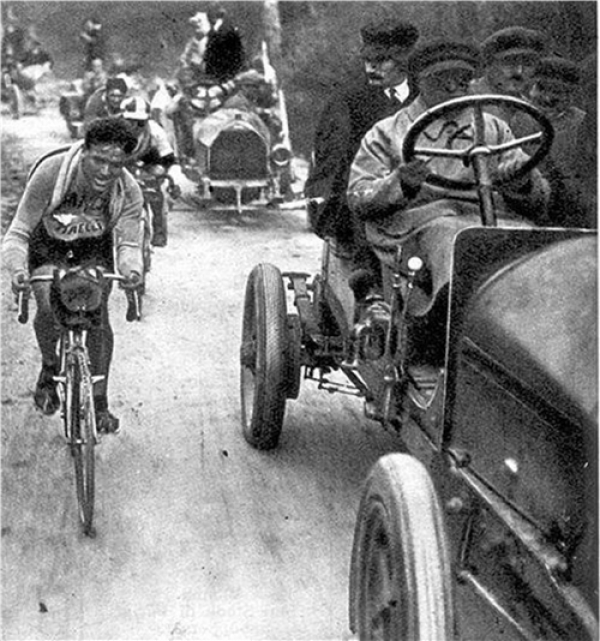 Harold’s re-enactment was of 2,000 miles, with 90,000 feet of ascent in just 32 days.  He made it tougher by carrying everything he needed on his bicycle as he had no support crew.

In this talk, Harold tells the tale of the 1914 Giro d’Italia, of his own ride and of the wonderful wilder side of Italy.  He describes the amazing sights, fascinating people and the many stories from the trip.  Some of the regions were incredibly wild and remote.  He even had an encounter with a wolf, as well as seeing other unusual birds and wildlife.

After completing the Giro d’ Italia,  Harold crossed the Alps to Annecy by the highest pass, the Col de I’iserad, making a total of 2,242 miles and 106,176 feet of ascent in 36 days.

Harold Ousby hails from Manchester, United Kingdom, with a Bachelor’s of Education from the University of Worcester and a Masters from Crew & Alsager College.  His career as a teacher focused on Geography and Physical Education including coordinating his school’s Duke of Edinburgh’s Award Scheme.  Having been heavily involved in mountaineering and cycling through his working life, Harold in his retirement has made several long-distance cycling tours in addition to solo ascents of 17 Welsh 3000s, 171 Scottish Munros and 214 Wainwright guide book summits in England.