The Restless Empire: China and the World since 1750

Professor Arne Westad
Monday, 22 Apr 2013
Google Calendar Outlook Calendar
Book Signing and Complimentary Drinks Reception 6.30 pm; Lecture 7.30 pm
Jardine Penthouse, 48/F Jardine House, One Connaught Place, Central, Hong Kong
In view of the likely popularity of this lecture, if you would like to attend, please would you reply stating the number of tickets you would like to book, so that we are able to ensure sufficient seating; there is no need to pay for your tickets in advance.

The Royal Geographical Society is delighted to welcome the distinguished international historian Professor Arne Westad to Hong Kong to speak on "The Restless Empire: China and the World since 1750".  In this lecture, Professor Westad discusses how as the twenty-first century progresses, China stands at a crossroads.  The most populous country on earth and currently the world's second biggest economy, China has recently reclaimed its historic place at the centre of global affairs after decades of internal chaos and disastrous foreign relations. However, even as China tentatively reengages with the outside world, the contradictions of its development risks putting it again into an era of insularity and instability, a regression that, as China's recent history shows, would have serious implications for all other nations. 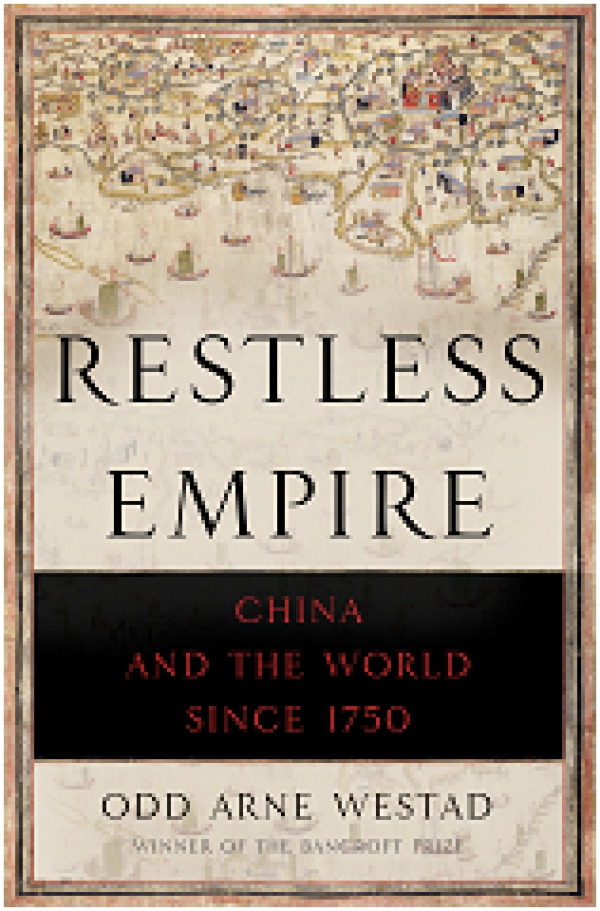 In the lecture, Professor Westad traces China's complex foreign affairs over the past 250 years, identifying the forces that are likely to determine the country's path in the decades to come.  Since the height of the Qing Empire in the eighteenth century, China's interactions, and confrontations, with foreign powers have caused its world view to fluctuate wildly between extremes of dominance and subjugation, emulation and defiance.  From the invasion of Burma in the 1760s to the Boxer Rebellion in the early 20th century to the 2001 standoff over a downed U.S. spy plane, many of these encounters have left the Chinese with a lingering sense of humiliation and resentment.  These have also affected China's notions of justice, hierarchy and Chinese centrality in world affairs.

Recently, China's rising influence on the world stage has shown what the country stands to gain from international cooperation and openness.  But, as Professor Westad argues, the nation's success is ultimately going to hinge on its ability to engage with potential international partners while simultaneously safeguarding its own strength and stability.

Professor Arne Westad hails from Norway where he read History, Philosophy and Modern Languages at the University of Oslo.  During the 1980s he worked for several international aid agencies in Southern Africa and Pakistan.  He received his doctorate in History from the University of North Carolina in 1990.  Professor Westad then served for eight years as Director of Research at the Nobel Institute.  Professor Westad is now Professor of International History and Head of Department at the London School of Economics and a world expert on the Cold War and modern East Asia.  Professor Westad heads LSE "IDEAS", the LSE's centre for the study of International affairs, Diplomacy and Strategy.

Professor Westad holds visiting fellowships at universities worldwide and has been the recipient of numerous major grants and awards.  He was elected a Fellow of the British Academy in 2011.  Professor Westad's is also the author of some 17 books, including Restless Empire: China and the World since 1750, The New Penguin History of the World, and The Cambridge History of the Cold War, which have won the Bancroft Prize, the Harrington Award of the American Political Science Association and the International History Award.  Professor Westad is the author of more than 200 other publications and has advised governments and institutions worldwide.

Members and their guests are most welcome to attend this event, which is HK$150 for Members and HK$200 for guests and others including the complimentary drinks reception.