Return of a King: The Battle for Afghanistan

William Dalrymple
Monday, 13 May 2013
Google Calendar Outlook Calendar
Drinks Reception and Book Signing 6.15 pm ; Lecture 7.30 pm
Auditorium. 1/F Duke of Windsor Social Services Building, 15 Hennessy Road, Wanchai
In view of the likely popularity of this lecture, if you would like to attend, please reply stating the number of tickets you would like to book; there is no need to pay for your tickets in advance.

The Royal Geographical Society is delighted to welcome to Hong Kong to lecture William Dalrymple, one of the world's greatest historical authors, famous both as a historian and travel writer.  In this lecture, William Dalrymple in his inimitable style speaks on his best seller, "Return of a King: The Battle for Afghanistan", the story of the First Anglo-Afghan War, his first major history since his sell-out lecture to the RGS on The Last Mughal in 2010. 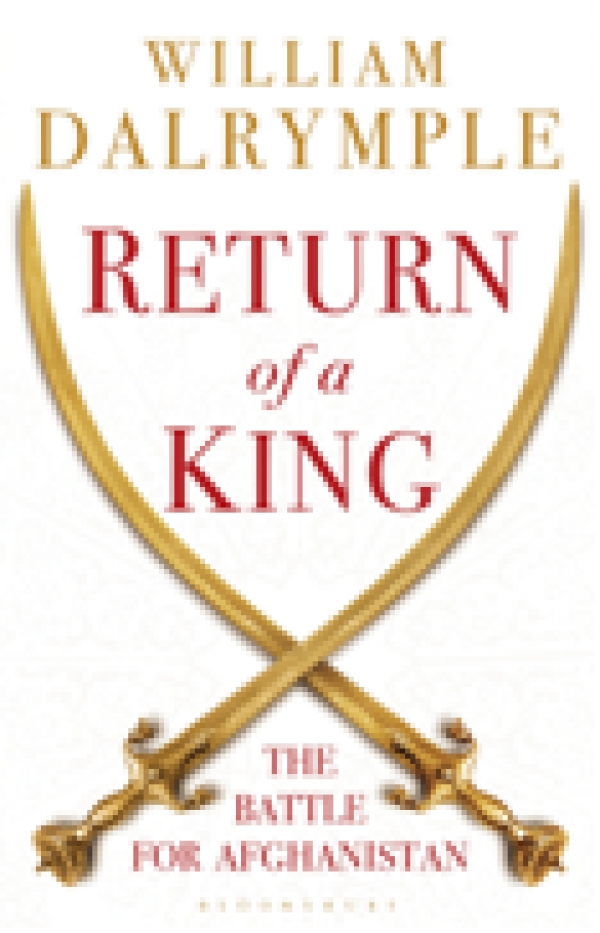 In this lecture, using previously undiscovered Afghan sources in addition to his own extensive research, he re-tells the history of one of the most famous events of the nineteenth century.  In the spring of 1839, British forces, nervous of the increased Russian presence at the frontier of the British Empire, invaded Afghanistan to re-establish on the throne of Kabul the former King, Shah Shujaul-Mulk.  Led by lancers in scarlet cloaks and plumed shakos, nearly 20,000 East India Company and British troops poured through the high mountain passes from the North-West Frontier of India into Afghanistan.

On the route, the British forces faced little resistance.  However, after achieving their original objective and two years of occupation, a combination of incompetence by the King's government and inept diplomacy led the country to explode into violent rebellion.  The First Anglo-Afghan War ended with Britain's greatest military humiliation of the nineteenth century: an entire army of the most powerful nation in the world ambushed in retreat by poorly equipped tribesmen.  While British forces retook Afghanistan just a year afterwards, the fiasco has influenced political and military policy ever since.

While retelling the story in his inimitable style and with a driving narrative, Mr Dalrymple gives countless new insights into the conflict, with fabulous characterisation of the complex cast of characters, including shahs, amirs, sepoys, British generals and Russian ambassadors.  Given the adventures in Afghanistan of other superpowers including Russia and America since, he asks the question again of have we learnt anything from history.

William Dalrymple was educated at Ampleforth College and Trinity College, Cambridge, where he read history.  He achieved early fame with the publication of "In Xanadu", his overland journey following Marco Polo's route from Jerusalem to Coleridge's "stately pleasure dome" of Xanadu in present day China.  His subsequent books include "From the Holy Mountain", "City of Djinns", "The Age of Kali", "White Mughals" "Nine Lives" and "The Last Mughal".  All of his books have won major literary prizes.  He has won the Thomas Cook Travel Book Award, the "Sunday Times" Young Writer of the Year Award, the French Prix d'Astrolabe, the Wolfson Prize for History, the Scottish Book of the Year Award, the Duff Cooper Prize and the Asia House Award for Asian Literature.

William Dalrymple is a Visiting Fellow in Humanities at Princeton University.  He is a regular contributor to "Review of Books", "The Guardian", the "New Statesman" and "The New Yorker".  He is a fellow of the Royal Society of Literature.  He was awarded the Mungo Park Medal of the Royal Scottish Geographical Society for his "outstanding contribution to travel literature".  He also broadcasts frequently and presented the television series "Stones of the Raj" and "Indian Journeys".

for their most generous assistance with this lecture

The legendary Mandarin Oriental, Hong Kong hotel, that is celebrating '50 Fantastic Years’ throughout 2013, is providing William Dalrymple a home-away-from-home in the heart of Central for this visit.  For further information on its 50th celebrations please visit: