The Fossils of Chengjiang: the world's window on early animal life

The Royal Geographical Society is pleased to welcome distinguished academic Professor Derek Siveter to speak on "The Fossils of Chengjiang: the world's window on early animal life".  In this lecture, Professor Siveter introduces the globally-significant collection of exceptionally preserved ancient fossils from Chengjiang in Yunnan Province, that provide a key window on early animal life.  Among the hills and lakes of the Chengjiang area, South-West China, the mudstones of the Cambrian age, from some 520 million years ago, have yielded a spectacular variety of exquisitely preserved fossils, now a World Heritage Site, on which Professor Siveter is a renouned expert. 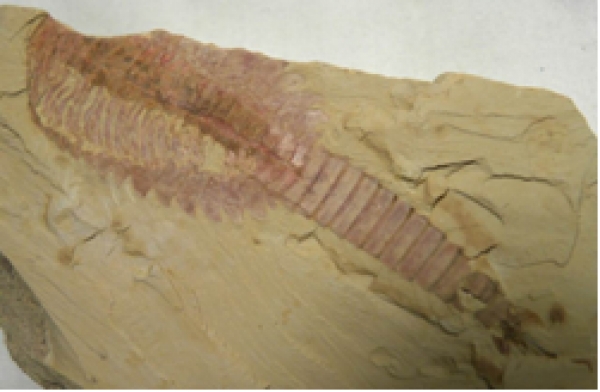 Since the discovery of the first specimens in 1984, many thousands of fossils have been collected, comprising not just the hard shells of animals, but also their soft tissues in fine detail. This remarkable preservation has produced fossils of outstanding scientific importance and rare beauty.

The Cambrian Period, 490-542 million years ago, witnessed the first appearance in the fossil record of nearly all the major animal groups that have sustained global biodiversity to the present day.  These combined appearances comprise the so-called 'Cambrian Explosion' event.  The Chengjiang fossils are testimony to this event and the study of them is contributing fundamentally to the understanding of the early evolution of animal life.  The global importance of the Chengjiang Cambrian fossil sites was recognised internationally in 2012, when at the UNESCO ratification meeting in St Petersburg, they were awarded World Heritage status.

Professor Derek Siveter read natural sciences at the University of Leicester, where he received successively BSc, PhD and DSc degrees.  He conducted postdoctoral fellowship research at Trinity College, Dublin, followed by a period at the University of Hull.  For the last 25 years, he has been at the University Museum of Natural History, Oxford, as successively Curator, Reader and then Professor of Earth Sciences.  Professor Siveter is a Fellow of St Cross College, Oxford.  He has had a career-long interest in animal palaeobiology, especially fossils of Cambrian, Ordovician and Silurian ages, on which he is the world's leading expert.  Professor Siveter has been published extensively, including papers in countless scientific journals, including Nature, Science and Proceedings of the Royal Society.

Members and their guests are most welcome to attend this event, which is HK$100 for Members and HK$150 for guests and others.