The Royal Geographical Society is delighted to welcome Cameron Dueck, the journalist, adventurer and filmmaker, to lecture on "The New Northwest Passage".  In this lecture, accompanied by stunning photos, Mr Dueck recounts how in the summer of 2009 he led a gruelling 15,000 km sailing expedition through the elusive Northwest Passage of Canada, circumnavigating Canada via the Arctic Ocean, pioneering a new route around the Arctic.  He also witnessed at first hand how Canada's Inuit are coping with climate change, making the lecture, in addition to one of adventure, a colourful and globally relevant story about climate change. 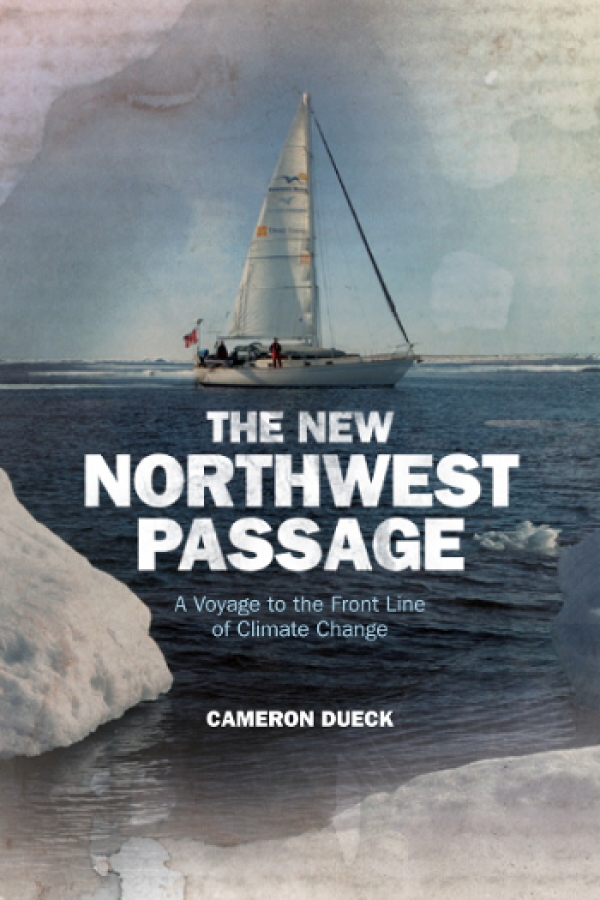 With only three crew and the ticking clock of Arctic sea ice setting the pace, Mr Dueck captained his yacht the Silent Sound on a 15,000 km voyage, stopping in the many communities scattered along the remote shores of Northern Canada.  Although the crew had to deal with treacherous ice, cold and wet conditions and the daily chores of life at sea, they looked beyond their own epic voyage and focussed on the people they met along the way.  A principal goal of the journey was to go beyond the data to find out more about the Inuit people who reside in this fragile environment during such uncertain times.

In addition to the trials, tribulations and triumphs of the sailing expedition, Mr Dueck's talk introduces hunters, community leaders and young Inuit struggling with a clash of cultures and changes to their environment.  He uses their stories to explain how climate change is interwoven with other socio-economic, political and cultural changes taking place in Arctic communities.  These stories are accompanied by stunning photos and video of the journey for an informative and inspiring lecture, bringing a clear message about climate change and a culture on the brink of extinction, interwoven with a thrilling tale of discovery.

Cameron Dueck hails from the Canadian Prairies and is now an international journalist, award-winning filmmaker and accomplished adventurer. His journalism career started in Chicago, moving on to New York City, followed by stint at Reuters as a correspondent in Singapore.  Mr Dueck, already an accomplished sailor, started his expedition career by sailing from Thailand to the Mediterranean, dodging pirates off the coast of Yemen and braving dust storms on the Red Sea, before setting off across the Atlantic Ocean.  He then restarted his career in journalism, joining the South China Morning Post and then the Financial Times in Hong Kong.  In 2009, he launched the Open Passage Expedition, setting sail for Canada's Northwest Passage.  The journey led to Mr Dueck's first book, an award-winning documentary film and an app, all titled The New Northwest Passage.

Mr Dueck's articles have been published by the Wall Street Journal, International Herald Tribune, Business Traveller Asia, the South China Morning Post and the Financial Times, among numerous other publications.  He is also an engaging public speaker, having addressed audiences across North America and Asia.  Forwarding his adventure career, he has just ridden a Kawasaki motorcycle from Canada to Argentina, researching a new book and film about Mennonite culture in the Americas.