Elephant Voices: 30 years with the Giants of the Bush

The Royal Geographical Society is pleased to welcome Dr. Joyce Poole to speak on "Elephant Voices: 30 years with the Giants of the Bush".  In this lecture, Dr. Poole, for many the "Jane Goodall" of Elephants, talks of her over 30 years of residing with the elephants of the African bush, the world's largest land mammal.  Dr. Poole recounts some of her ground-breaking studies of the social behaviour and communication of elephants, including the discovery of musth in male African elephants, the description of elephant vocalisations, effectively allowing elephants to talk, and her fight against poaching, which led to the global ivory ban.  In addition to being a well-known speaker, Dr Poole has participated in some 80 television documentaries. 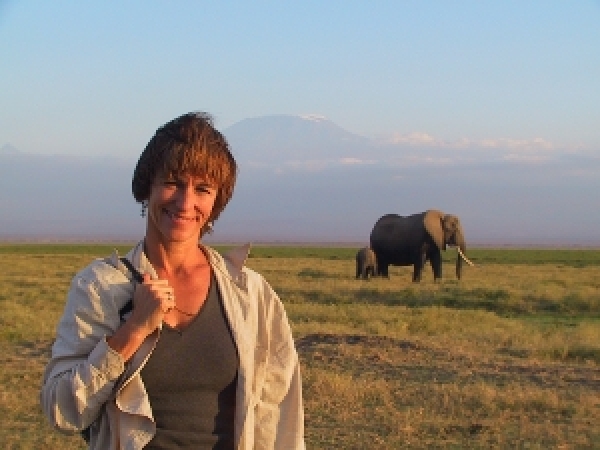 Dr. Poole's early work focused on the social and reproductive behaviour of male elephants, leading to her discovery of musth in African elephants, leading to the heightened sexual and aggressive phenomena between males.  Research on very low frequency sounds produced by male elephants led to the finding that, like their Asian cousins, African elephants use sounds below the level of human hearing.  Looking at the role of infrasound in elephant long-distance communication, Dr Poole began to document the vocal repertoire and body language of African elephants discovering, in the process, that elephants are capable of vocal imitation, and have been recorded imitating everything from trucks to machinery to other animals.  Dr Poole's findings were also instrumental for understanding behaviour she had often observed in elephants, that is now acknowledged as emotional in context, including joyfulness, playfulness and empathy, all findings that are very unusual in the animal world.

Dr. Poole has worked for the conservation and welfare of elephants since 1975.  She last visited Hong Kong in 1989 to speak with ivory carvers and government officials about the impact of poaching on elephant societies.  Her visit was part of a global public awareness campaign that preceded the listing of African elephants on the Convention on International Trade in Endangered Species (CITES), which was fundamental to the success of the ivory trade ban.  She discusses how the demand for ivory, one-off sales and lack of public awareness has eroded the ban on trade and caused a resurgence in the killing of elephants for their ivory tusks.

Dr Joyce Poole received her BA from Smith College, her doctorate from Cambridge and a post doctorial degree from Princeton.  She began scientific research in the field at the age of nineteen, working with the Amboseli Elephant Research Project.  As head of the Elephant Programme of Kenya Wildlife Service from 1990-1994, Dr. Poole was responsible for elephant conservation and management throughout Kenya.  In 2002, Dr Poole and her husband Petter Granli founded ElephantVoices based in the Maasai Mara.  Dr. Poole's has written numerous popular articles, scores of scientific publications, four of which have appeared in Nature, and she has authored two books, Coming of Age with Elephants and Elephants.  Having participated in some 80 television documentaries, Dr. Poole's continues to set the spotlight on elephants and their interests.