The Royal Geographical Society is pleased to welcome Ronny Mintjens to speak on "More than a Game - a Journey into African Culture", with a stunning prelude by players of The African Drum Group. Mr Mintjens, a linguist and professional football coach, left the familiarity of Europe to begin coaching football at clubs all across Africa. His experiences, told by this fascinating lecture, is really more about Africa and its culture than about sport. 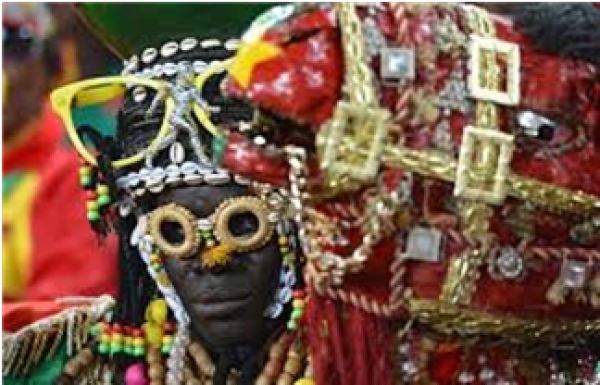 Beginning in southern and then moving on to eastern Africa, Mr Mintjens soon realised that there was more to professional football than simply training and winning matches. Trying to find ways to make a true mark on the game, he travelled from one club to the next. Each club, from Mount Kilimanjaro and the Serengeti Plains to Table Mountain and the Cape of Good Hope, held its own surprises and boasted its own strengths and weaknesses. Each had its own lessons on the intricate weaving of African culture and heritage.

Mr Mintjens’s lecture reveals aspects of Africa that very few outsiders can ever experience. He gives a reflection of what goes on with football leaders, players, fans and the general public. The lecture also brings together witchcraft, Diego Maradona, Gangnam Style, Pep Guardiola, the King of Swaziland and the Hunger Games. With football being the global game and the reflection of cultures that it is, the lecture looks at the heart of African society. He also discusses the challenges, problems, in-fighting, corruption, issues and mistakes, but also the incredible wealth of talent, enthusiasm, athleticism, enjoyment and opportunity that can be found in Africa, including how he attempted to overcome insurmountable odds trying to make his former club the nation’s best team.

Ronny Mintjens hails from Belgium and is a linguist, an international educator, an avid traveller and a passionate football coach. He initially went to work in Swaziland for two years, then stayed for six, before moving to the coast of East Africa. He stayed in Dar Es Salaam, Tanzania, for over eight years, teaching languages and playing for the biggest football club in the land. As a coach he worked with the two best-supported clubs in a country of over forty million football fanatics, and after he started Tanzania’s first ever youth football academy, he received an invitation from the Tanzanian Football Association to coach the national youth team also. His youth academy, called “The Future”, has featured on FIFA’s Futbol Mundial TV show as well as on DSTV’s “African Sporting Heroes” series.

Subsequently, he coached the national youth team of Qatar in the Gulf. Seven years ago he moved to Hong Kong where he is a KNVB-accredited football coach and coaching instructor and regularly trains young coaches in Hong Kong, China, Cambodia and other nearby countries. His interest in intercultural understanding now takes him regularly to North Korea. He has visited some 100 nations and has played football at national level in three different countries and on two different continents.

In December 2012, he published “More than a Game”, an autobiographical novel based on his African odyssey. This novel reveals some of the deeper cultural intricacies of the Swazi and Tanzanian cultures as seen through the eyes of the only white football player and coach in these respective countries. He is currently finalising work on the world’s first photographic book of the people, the places and the culture of North Korea, “A Journey through North Korea”. Mr Mintjens speaks regularly around Asia on Africa and football.

Members and their guests are most welcome to attend these events, which are HK$150 for Members and HK$200 for guests and others.