The Royal Geographical Society is pleased to welcome Professor Elizabeth Sinn to speak on “Pacific Crossing: Chinese Voyages to find Gold”.  During the 19th century, tens of thousands of Chinese men and women crossed the Pacific to work, trade and settle in California, Australia, Western Canada and New Zealand.  Drawn initially by the gold rush, they took with them skills and goods, and a view of the world which, though still Chinese, was transformed by their long journeys back and forth. They also assisted in transforming Hong Kong, their main point of embarkation, from a struggling colony into a prosperous international port and the cultural centre of a far-ranging Chinese diaspora. 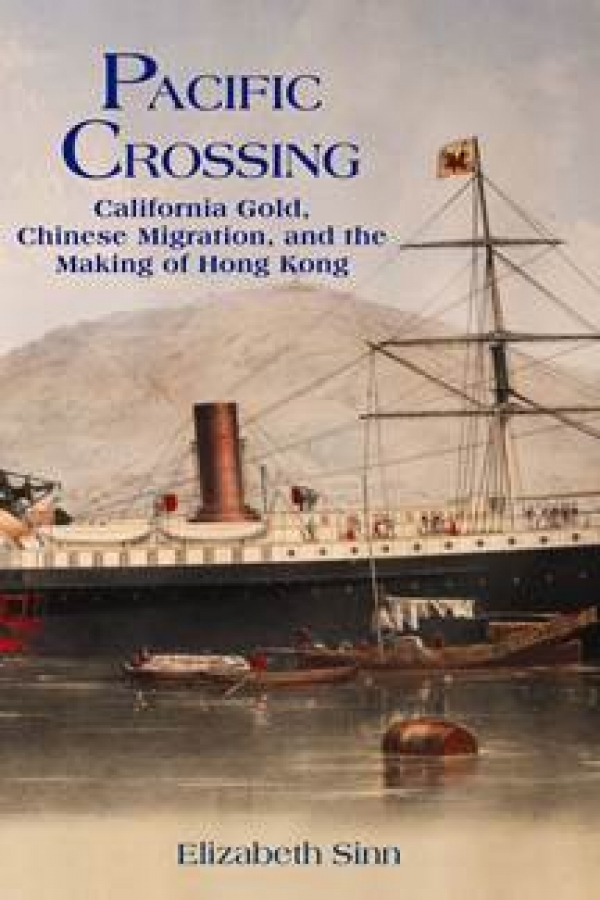 Making use of extensive research from archives around the world, in this lecture Professor Sinn charts the rise of “Chinese Gold Mountain” firms engaged in all kinds of transpacific trade, especially the lucrative export of prepared opium and other luxury goods. Challenging the traditional view that the migration was primarily a "coolie trade", Professor Sinn uncovers leadership and agency among the many Chinese who made the crossing.  In presenting Hong Kong as an "in-between place" of repeated journeys and continuous movement, she also offers a fresh view of the colony and a new interpretation of migration studies.

In the mid-nineteenth century, a series of stunning gold discoveries were made, first in California (1848), then Australia (1851), Western Canada (1858) and New Zealand (1861).  By coincidence, these places were all on the Pacific Rim, and tens of thousands of Chinese from the Pearl River Delta sailed across the immense expanse to reach the Gold Mountains.   Until the California gold rush transformed it into a “happening ocean”, the Pacific had been largely irrelevant to China and Hong Kong, despite being situated on its very edge.  Since then, countless corridors have been formed with the constant flow of people, goods, money, ideas, information and cultural practices across the ocean, which itself became for the people of south China one huge highway to the Gold Mountains.     .

This lecture focuses on the Chinese migration to California, the first gold mountain, to illustrate the wider phenomenon.   Besides digging for gold, the Chinese there ran businesses big and small, including restaurants, laundries, import-export firms, shipping companies and banks; they worked as artisans, farmers and, from the 1860s, as railroad labourers.  As consumers, they formed a big market for imports into California, including foodstuffs, prepared opium, medicines, clothing, pots and pans and even opera troupes, from all parts of China and Southeast Asia and stimulated the export of ginseng, flour, quicksilver, and silver and gold.    With very few Chinese men taking their wives with them or intending to stay in America for good, they remitted money back to their villages, partly to support their families and partly to invest in properties and in commercial enterprises such as factories and railways.  With the constant flow of people, goods, m oney, ideas, information, culture and practices across the ocean, the Pacific itself became for the people of south China one huge highway to the Gold Mountains.

Professor Elizabeth Sinn was educated in Hong Kong.  She was the Deputy Director of the Centre of Asian Studies at the University of Hong Kong.  Her research interests cover Chinese social organisation, philanthropy, business, migration, women’s history, the press, intellectual history and culture.  Her books include Power and Charity, which analyses the social and political role of the Chinese merchant elite in the British colony, the history of the Bank of East Asia, Hong Kong’s oldest and most successful Chinese bank, and Pacific Crossing: California Gold, Chinese Migration, and the Making of Hong Kong.  Since 2006, Professor Sinn has been the lead scholar in the Hong Kong Memory Project which has built a website for Hong Kong’s history, culture and heritage.


Members and their guests are most welcome to attend this event, which is HK$150 for Members and HK$200 for guests and others.