Andy Rouse
Wednesday, 22 Jan 2014
Google Calendar Outlook Calendar
Drinks Reception 6.30 pm; Lecture 7.30 pm
Olympic House, No. 1 Stadium Path, So Kon Po, Causeway Bay,
In view of the likely popularity of this event, please note that we are requesting pre-booking; please reply to This email address is being protected from spambots. You need JavaScript enabled to view it. stating the names of attendees who wish to book

The Royal Geographical Society is delighted to be bringing the renowned photographer, raconteur, naturalist and performer Andy Rouse to Hong Kong for the first time to perform his stunning hour-long musical, film and photographic show “Wild about Animals”, following several stagings at the RGS London. His one-hour show, designed both for animal lovers and photographers, is a mixture of music, anecdotes and video taken from his travels around the world, including visits to Polar Bears, African Big Cats, the incredible Indri Lemur, Mountain Gorillas plus a cast of many. This is a fun, educational and inspirational evening exploring the wild world. 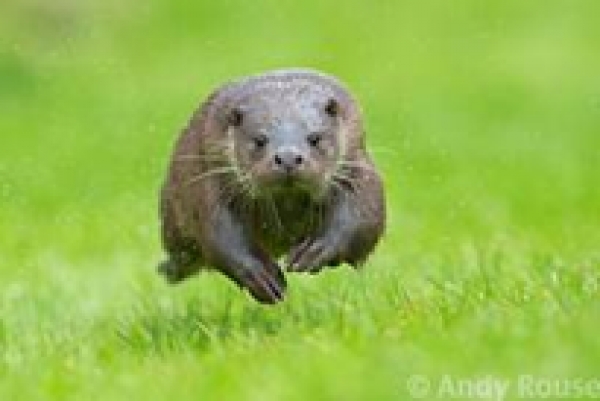 Mr Rouse’s event includes looking at the successful wildlife photographer’s relationship with the animals that he studies. Mr Rouse’s specialty is to photograph animals that he has a connection with, and many of his subjects he has photographed since they were young, so he has built a bond that shows vividly. The event itself is regularly presented as theatre shows around the UK and Europe, being a mixture of stunning images, music, fun anecdotes and video taken from his travels around the world, appreciated equally by animal lovers, photographers plus RGS members generally.

Andy Rouse is a wildlife photographer, animal lover and conservationist. He has won many awards both in Britain and globally and has also been honoured by the Royal Geographical Society being the current holder of the Cherry Kearton award for services to wildlife photography. Mr Rouse’s work has been published worldwide across a variety of media from traditional publishing such a calendars and cards to haute couture fashion and even the tailplanes of aircraft. His photographic style is wide ranging, from intimate portraits to high action and intense atmospheric imagery. Mr Rouse is the author of 18 books, including the critically acclaimed Concepts of Nature and Gorillas. He has appeared on numerous BBC and ITV programmes as well as the Discovery and National Geographic channels.

Mr Rouse is also a passionate conservationist, having raised considerable sums of money for Mountain Gorilla and Tiger conservation. He teaches photography via workshops and is now co-director of the fotoBuzz photographic community and education platform. Ever active, just this year Mr Rouse is doing a major theatre tour, exhibiting worldwide, writing three books, as well as leading expeditions to Svalbard and Antarctica. In partnership with Páramo, Mr Rouse has also developed his own conservation charity, The Aspira Fund, which donates 100% of all profits from a branded garment range to benefit small conservation projects worldwide.