Echoes of a Vanished World

The Royal Geographical Society is delighted and honoured to welcome to Hong Kong again Dr. Robin Hanbury-Tenison to lecture on “Echoes of a Vanished World” which, having been seen by some 250,000 people in Britain, now comes to the RGS Hong Kong. Dr Hanbury-Tenison, perhaps the greatest explorer of the era, having led some 30 international expeditions on every continent including the first crossing of South America and the largest expedition in the history of the RGS, is a tireless champion of the rights of tribal peoples. During the early years of his travels, he was an obsessive photographer of these people’s homelands as they were eroded by the modern world. He photographed extensively while travelling in remote areas on six continents during the 1950s to 1970s, while collecting objects from remote tribal people. These objects and images were discovered recently, many having not been looked at for fif ty years, revealing a treasure chest of images, several of them unique to the world. 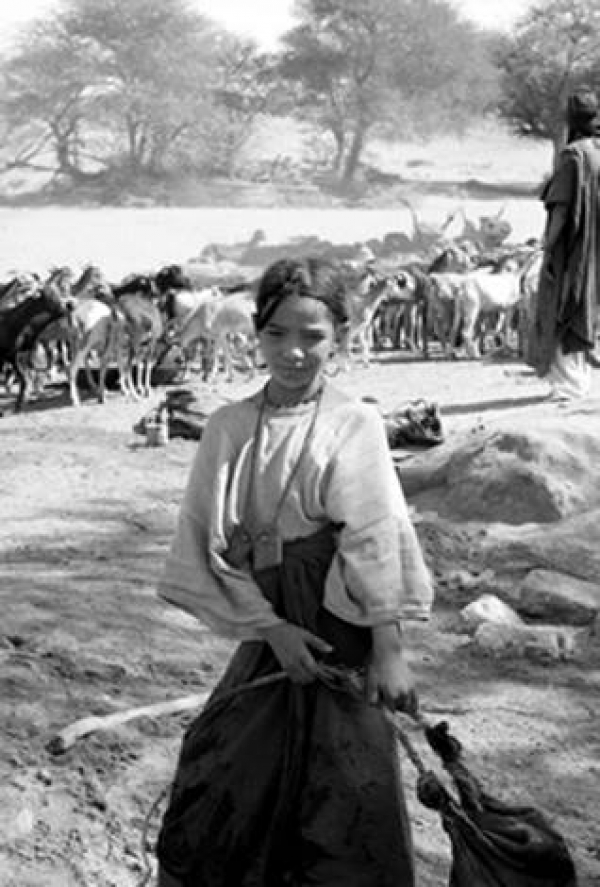 In this lecture, Dr Hanbury-Tenison shows a series of photographs and artifacts from his personal archives which unearth beautiful insights into a vanished world, with commentary from his contemporaneous diary entries. These include of Pagan, Burma, during 1958, when he travelled from Mandalay to Pagan down the Irrawaddy on a paddle steamer. Here he photographed the colossal sandstone seated Thandawgya Buddha, the only surviving photograph prior to its collapse. He also shows some of the earliest and finest photographs of the Tuareg of the central Sahara. At the Niah Cave, Sarawak, Borneo, he shows the fist discovery of the cave by boat, prior to any road transport, with the famous moment when the Earl of Cranbrook excavated the earliest prehistoric skull in the world, the 40,000 year old Borneo Man.

These images were unearthed recently in a forgotten archive and exhibited for some months at the National Theatre in London, receiving wide acclaim in the press. His rare collection of artefacts, given to him by tribal people on his travels, was also exhibited and two books have been produced on the photographs and artefacts.

Dr Hanbury-Tenison was educated at Eton and Magdalen College, Oxford. Generally regarded as the greatest explorer of his era, he has led over 30 expeditions. In 1957, he made his first expedition driving from London to Ceylon. Just a year later, he made the extraordinary achievement of making the first land crossing of South America at its widest point. In the 1960s he made Saharan camel travels with Tuareg, the first river crossing of South America from north to south from the Orinoco to Buenos Aires and the Amazonas Expedition by Hovercraft, from Manaus to Trinidad. In 1969, he led the Trans-African Expedition by hovercraft from Dakar to Lake Chad to the Congo.

In 1971, Dr Hanbury-Tenison became the founding chairman of Survival International, the worldwide movement to support tribal peoples. On Survival International's behalf he has led innumerable overseas missions assisting in the saving of remote tribes and indigenous peoples in South America, Africa, SE Asia, Siberia and Canada.

In 1978-79, Dr Hanbury-Tenison led the Royal Geographical Society's largest expedition ever, taking 150 scientists to the interior of Sarawak in Borneo for which he was awarded the Royal Geographical Society’s Patron’s Gold Medal in 1979. The research from this expedition, and his book, “Mulu: the Rainforest”, started the international concern for tropical rainforests. Since 1980, Dr Hanbury-Tenison has been on innumerable expeditions including walking across the Kalahari Desert with Bushmen, expeditions in Ecuador, Brazil and Venezuela, residing with the Yanomami tribe in Brazil, and rode two Camargue horses across France, rode along the Great Wall of China, led a mission to investigate the arrest of Malaysian environmentalists and innumerable other expeditions.

Dr Hanbury-Tenison has been Vice-President and Gold Medallist of the Royal Geographical Society, an International Fellow of the Explorers Club, a Winston Churchill Memorial Fellow, is a Fellow of the Linnean Society, a Member of the Society of Authors, a winner of the Krug Award for Excellence, holds the Mungo Park Medal of the Royal Scottish Geographical Society, and was Chief Executive of the Countryside Alliance, when he organised the largest peace-time demonstration in British history. Dr Hanbury-Tenison is a regular contributor of articles and reviews to many magazines and newspapers and is also a frequent broadcaster both on television and radio. Dr Hanbury-Tenison is the star of 11 films made of his expeditions and is also the author of some 20 books, many of them best-sellers, including “A Ride Along the Great Wall”, “Fragile Eden”, “The Oxford Book of Exploration”, “Land of Eagles” and most recently &l dquo;The Great Explorers”.

Members and their guests are most welcome to attend this event, which are HK$150 for Members and HK$200 for guests and others.

The Royal Geographical Society - Hong Kong wishes to express its thanks to Mandarin Oriental for generously providing Dr Robin Hanbury-Tenison with a "home-away-from-home" in the heart of Central for this visit.