The Royal Geographical Society is delighted to welcome for a second lecture Dr. Robin Hanbury-Tenison to lecture on “The Modern Explorers”. The lecture salutes those who have inspired the world in recent years and those who are continuing the tradition of pushing the limits of knowledge and human endurance. In the talk, he discusses the most exciting aspects of the exploration feats of the last 50 years, including his own, and vividly describes recent challenging and extraordinary expeditions to some of the remotest parts of the world, in extremes of temperature and aridity, often alone and on the edge of danger. There is perhaps no better qualified person to talk on this topic, since Dr Hanbury-Tenison is perhaps the greatest explorer of the era, having led some 30 international expeditions on every continent including the first crossing of South America and the largest expedition in the history of the RGS, so me of which he describes during the lecture. 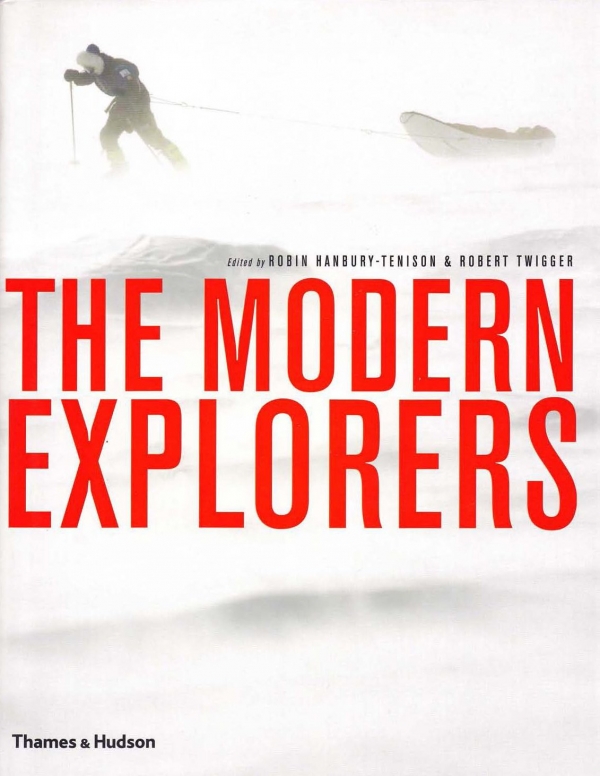 The Modern Explorers demonstrates that exploration has never been more popular. In the lecture, Dr Hanbury-Tenison tells the thrilling narratives of the explorers, including their scientific achievements, which provide a unique insight into what it is actually like to be on an expedition. Their adventures include: being dragged through the rooftop of the rainforest canopy in an inflatable raft suspended by a balloon; walking across the fiercest, most inhospitable deserts with dwindling water supplies; inching up a sheer rock wall to conquer a summit no one has climbed before; standing on the edge of an erupting volcano; and pedalling a boat across the Pacific. All the men and women described in the lecture are driven by ambition, aspiration and passion, proving that the true spirit of exploration is thriving.

Some of those mentioned are famous explorers who have spoken at the RGS Hong Kong, including Sir Ranuph Fiennes, the intrepid polar pioneer, Sir Chris Bonington, the great mountaineer, Stephen Venables, the Everest conqueror, Wong How Man, China’s greatest explorer and Tim Severin, the great ocean explorer. Others are younger or less well-known explorers, like Jon Muir, the first to walk solo across the Australian desert, Jason Lewis, who circumnavigated the globe in a pedal-powered boat without motor or sail, Pen Hadow, the polar explorer, Rebecca Stephens, the mountaineer, and Dr Mark Norell, who discovered dinosaurs with feathers in China. The cast of explorers discussed are drawn from all over the globe, including Australia, America, China, France, Britain, Norway and elsewhere.

Dr Robin Hanbury-Tenison was educated at Eton and Magdalen College, Oxford. Generally regarded as the greatest explorer of his era, he has led over 30 expeditions. In 1957, he made his first expedition driving from London to Ceylon. Just a year later, he made the extraordinary achievement of making the first land crossing of South America at its widest point. In the 1960s he made Saharan camel travels with Tuareg, the first river crossing of South America from north to south from the Orinoco to Buenos Aires and the Amazonas Expedition by Hovercraft, from Manaus to Trinidad. In 1969, he led the Trans-African Expedition by hovercraft from Dakar to Lake Chad to the Congo.

In 1978-79, Dr Hanbury-Tenison led the Royal Geographical Society's largest expedition ever, taking 150 scientists to the interior of Sarawak in Borneo for which he was awarded the Royal Geographical Society’s Patron’s Gold Medal in 1979. The research from this expedition, and his book, “Mulu: the Rainforest”, started the international concern for tropical rainforests. Since 1980, Dr Hanbury-Tenison has been on innumerable expeditions including walking across the Kalahari Desert with Bushmen, expeditions in Ecuador, Brazil and Venezuela, residing with the Yanomami tribe in Brazil, and rode two Camargue horses across France, rode along the Great Wall of China, led a mission to investigate the arrest of Malaysian environmentalists and innumerable other expeditions.

Dr Hanbury-Tenison has been Vice-President and Gold Medallist of the Royal Geographical Society, an International Fellow of the Explorers Club, a Winston Churchill Memorial Fellow, is a Fellow of the Linnean Society, a Member of the Society of Authors, a winner of the Krug Award for Excellence, holds the Mungo Park Medal of the Royal Scottish Geographical Society, and was Chief Executive of the Countryside Alliance, when he organised the largest peace-time demonstration in British history. Dr Hanbury-Tenison is a regular contributor of articles and reviews to many magazines and newspapers and is also a frequent broadcaster both on television and radio. Dr Hanbury-Tenison is the star of 11 films made of his expeditions and is also the author of some 20 books, many of them best-sellers, including “A Ride Along the Great Wall”, “Fragile Eden”, “The Oxford Book of Exploration”, “Land of Eagles”, “The Great Ex plorers” and most recently the eponymous “The Modern Explorers”.

The Royal Geographical Society - Hong Kong wishes to express its thanks to Mandarin Oriental for generously providing Dr Robin Hanbury-Tenison with a “home-away-from-home” in the heart of Central for this visit.