The Call of the Wild

“The explorer who spent five years cycling around the Globe, on the longest bike ride in history, who then decided to row across the Atlantic”

The Royal Geographical Society is delighted to welcome the famous adventurer Alastair Humphreys to lecture on “The Call of the Wild”.  Mr Humphreys's exciting lecture tells the tales of his extraordinary adventures, ranging from cycling round the world to rowing across the Atlantic. More recent adventures include the crossing on foot, at a distance of over 1,600 km in 45 days, the notorious Empty Quarter desert of Oman, the subject of the recent film ‘Into the Empty Quarter’, for which he won National Geographic Adventurer of the Year.  In this lecture, with humour, superb photographs and a huge range of anecdotes, Mr Humphreys shows the magnificence of the world as he has explored it. 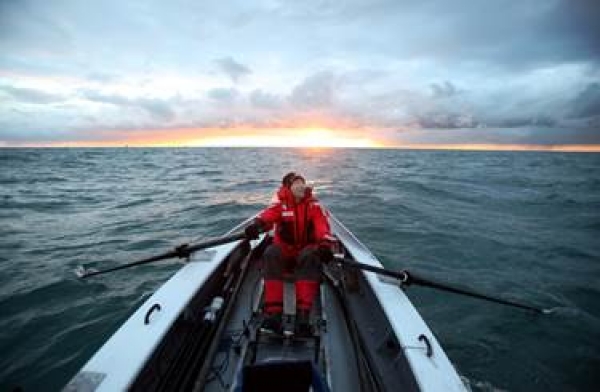 Alastair Humphreys's most famous expedition is spending some five years cycling round the world, a journey of 46,000 miles through 60 countries and 5 continents, with which he opens the lecture. His books, 'Moods of Future Joys' and 'Thunder & Sunshine', recount his epic journey, which was described by Sir Ranulph Fiennes as 'The first great adventure of the new millennium.'

Alastair Humphreys also talks of a wide variety of other adventures he has achieved, from the gruelling Marathon des Sables desert ultramarathons, to walking across India from coast to coast, to hauling a sledge on the Greenland ice cap. Mr Humphreys has also rowed across the Atlantic Ocean, of which he gives an exciting account during the lecture, completed a crossing of Iceland by foot and packraft, and trekked to the Arctic close to the magnetic North Pole.

Mr Humphreys has also been promoting the idea of microadventures, shorter challenges that help remove the barriers to entry to the sometimes elitist world of adventure. He has tried to encourage people worldwide to get outside, get out of their comfort zone and to go somewhere they've never been, to have an adventure that is perhaps simple, short, and yet very effective..

Alastair Humphreys hails from Britain and his quest for adventure began young. Aged 8, he completed the 26 mile Yorkshire Three Peaks challenge and achieved the National 3 Peaks in 24 hours at just 13. At 14 he cycled off-road across the entirety of England. After leaving school, Mr Humphreys taught for a year in South Africa, before graduating from Edinburgh and Oxford Universities. Mr Humphreys then cycled from Pakistan to China, followed by Land’s End to John O’Groats, Turkey to Italy, Mexico to Panama and across South America. He also famously ran the London marathon dressed as a rhinoceros for charity. Mr Humphreys has published several books and is a well-known photographer, videographer, blogger and motivational speaker worldwide.

Members and their guests are most welcome to attend these events, which are HK$150 for Members and HK$200 for guests and others.