Why China will not dominate the 21st Century

The Royal Geographical Society is delighted to welcome well-known writer, historian and SCMP editor during “the handover” Jonathan Fenby to speak on "Why China will not dominate the 21st Century”. Though the scale and speed of the growth of the People’s Republic during the last 35 years has been the most important global development since the end of the Cold War, Mr Fenby argues that forecasts that it is going to rule the world are mistaken. In the lecture, Mr Fenby describes, with his usual verve and insight, why the “China Dream” may lead to a chilly awakening, explaining why China he believes China is not likely to dominate the 21st Century. He also punctures a number of myths about China's rise and offers valuable insights into its current dilemmas and unpredictable future. 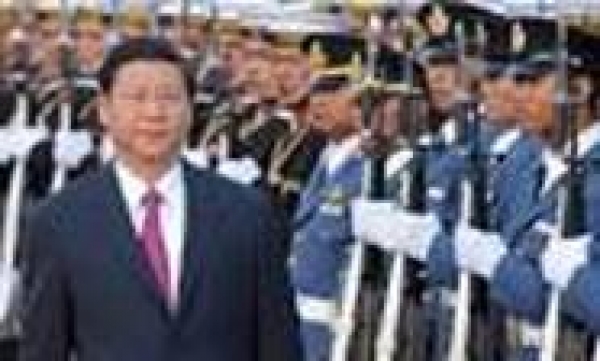 Mr Fenby argues that no single power can dominate in today’s fractured international environment, in the way that Britain then the US have for over two centuries, but that China in particular is also going to be held back by a series of domestic and international factors. He believes that China is not going to collapse but neither is it likely to “own” the 21st century. The reasons for this can be found in the economy, society, the environment and demographics and the mainland’s uncertain regional and global relationships. They also go to the root of the governing system and the priorities of the new leadership under Xi Jinping.

In this lecture, Mr Fenby examines how that system functions and the complex overlapping of the Communist Party and the State, with the first having gained ground over the second in recent months. He analyses the balance of influence between Beijing and Washington and the outlook for East Asia in the light on the confrontations between China, Japan, Vietnam and the Philippines. He also examines the economic challenges that are already apparent, the current anti-corruption campaign and quality of life concerns that are becoming a major issue of discontent alongside the demographic that threatens to make China old before it becomes rich.

Jonathan Fenby was educated at Westminster School and at New College, Oxford. He was editor of the South China Morning Post from 1995-99, during the crucial handover period. Before that he edited the Observer in the UK and held senior editorial posts at The Economist, Reuters, Independent and the Guardian. He has written some 15 books, eight of them on China. His most recent book, “Will China Dominate the 21st Century” has just been published. Before that, he published “Tiger Head, Snake Tails: China Today” and “The Penguin History of Modern China” as well as a biography of Chiang Kai-shek. He has also written three books on France including a biography of Charles de Gaulle, and an account of how Churchill, Roosevelt and Stalin managed the Second World War alliance.

Mr Fenby is a founding partner and Managing Director of the emerging markets research service, Trusted Sources, where he heads the China team. He broadcasts and lectures frequently on China as well as writing for newspapers and magazines in Britain, the US and elsewhere. Mr Fenby has been awarded the CBE and is a knight of the French National Order of Merit.

This event is in partnership with the Hong Kong Maritime Museum