The Lost World of Kamchatka: Russia’s Land of Ice and Fire

The Royal Geographical Society is delighted to welcome Diana Gleadhill to speak on "The Lost World of Kamchatka: Russia's Land of Ice and Fire".  This is a stunning presentation on the fascinating Kamchatka peninsula of Far Eastern Russia, the size of Western Europe while situated east of Japan.  Ms Gleadhill's lecture presents a full tour of the Kamchatka Peninsula, a glorious land of indigenous peoples, untouched wildlife and pristine wildernesses. 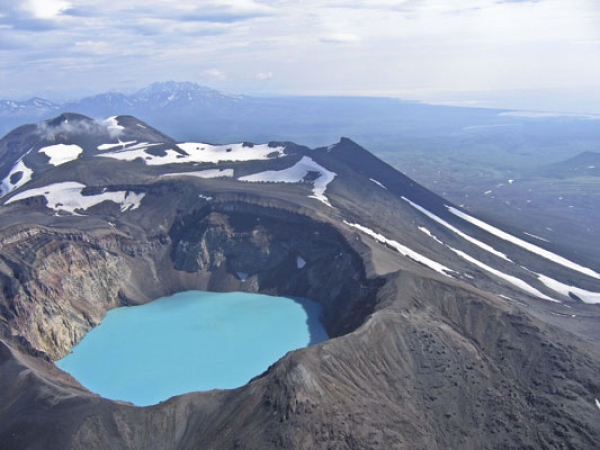 Kamchatka, one of the youngest geological areas of the earth, is however extremely geologically active and has numerous volcanoes, geysers, hot springs and a lake of acid.  It is the least biodiverse large area of the earth since, while a peninsula, it is cut off from the Eurasian landmass by its northern tundra, yet it is conversely a haven of wildlife with numerous, animals, birds and carpets of wildflowers.  It is very sparsely populated, averaging less than 1 person per square kilometre, leaving much of the peninsula completely wild, or inhabited by nomadic peoples.  It also has the southernmost expanse of arctic tundra in the world and is famous for its set of nineteen volcanoes, which constitute the "Volcanoes of Kamchatka" UNESCO World Heritage Site.

Ms Gleadhill's presentation starts with the famous Valley of the Geysers in the Kronotsky Reserve.  This stunning valley is pierced by dozens of geysers, from pin-head size to enormous.  She also describes her climb of the vast Goreli Volcano, including going into Mutnofsky's crater, including its fumerolic field.  She then gives a guide to the peninsula's countless thermal pools and springs.

Ms Gleadhill also talks of the fascinating indigenous peoples of the peninsula, particularly the Evenk reindeer herders in the Bistrya Region.  Here she shows the herders' hunting techniques and explains their nomadic existence.  She also talks of the Koryak peoples of the far north, near Palana and Palanskoye Lake, towards where the peninsula joins the rest of Siberia.  She also describes her numerous encounters with wildlife, including the abundant bears around Lake Kurilskoye near Pauzetka.

Diana Gleadhill hails from Northern Ireland and joined the British Foreign & Commonwealth Office, working at the British Embassy in Washington.  After a stint as a librarian, she ran a successful seafood restaurant in Scotland. Since 1992, Ms Gleadhill has been a full-time traveller, initially sailing in a 48 ft yacht with four other friends from Phuket, Thailand, via Sri Lanka, Djibouti, Port Sudan, Port Suez, Alexandria and Malta to Gibraltar.  She has also travelled in Russia, Mongolia and China via the Trans-Mongolian Railway, to Papua New Guinea, visiting the Highlands and exploring the Middle Sepik River by canoe and staying with local people at long houses. She has made several expeditions to South America, including another remarkable river journey, and throughout Central Asia.  Ms Gleadhill has travelled to Kamchatka several times and is the author of "Kamchatka, A Journal and Guide to Russia’s Land of Ice and Fire".  Her numerous journeys around Central Asia are also told in her book "Our Fiery Hearts" and her other travels are described in "Waterborne".