Wong How Man and Astor Wong
Monday, 8 Jun 2020
Google Calendar Outlook Calendar
7.00 pm to 8.00 pm
Webtalk
The webinar link is going to be sent to members at 2.00 pm on 8 June. Please note this webinar is for members and their guests only and is free of charge.

Wong How Man first met the Batak people of Palawan in 2016, when he was exploring the remote Maoyon River. Since then, more than 10 expeditions have been conducted by him to explore the regions occupied by the indigenous people. He and other CERS staff have been endeavouring to document the Batak culture while it is still possible. 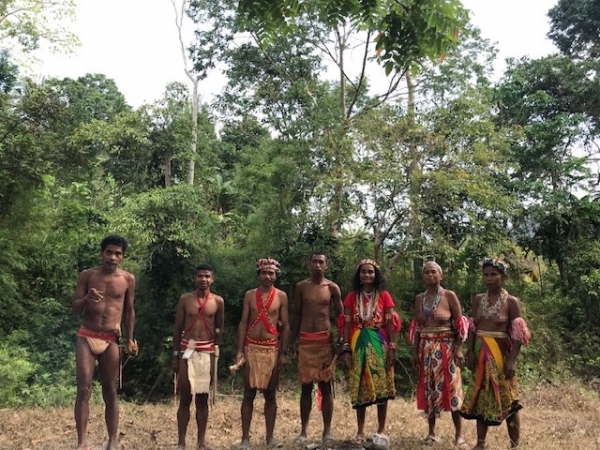 The Bataks are one of the three indigenous groups in Palawan, an archipelago of the Philippines.  They are descendants of Australoid populations, which migrated to the Philippine Archipelago during the Upper Pleistocene, but only a population of less than 300 people are left.

Today, the Batak’s identity, both physical and cultural, is continuously threatened by intermixing with neighbouring tribes, the encroachment of the market economy and the shift away from subsistence lifestyle.

First Wong How Man gives a brief introduction to CERS’s involvement in Palawan leading to its focus on the Batak.  He then shows a film titled Getting Closer to the Batak Tribe, produced by CERS, which introduces the tribe and gives a glimpse of their annual sacred rituals.  The film is followed by a presentation given by Astor Wong to detail the vision of CERS regarding the development of the Batak community and ongoing projects.

Hailing from California, USA, Wong How Man is the Founder President of the China Research & Exploration Society.  Being “China’s most accomplished explorer”, Time Magazine has honoured Mr Wong as one of their 25 Asian Heroes.  In a career spanning 35 years of exploration in remote China together with neighbouring countries, Wong How Man is a veteran at National Geographic, having led six major expeditions for the magazine.  In 1986, he founded the China Exploration & Research Society, which expanded his exploration work to conservation of China’s natural and cultural heritage.  He has authored 15 books and innumerable articles, and his work has been featured often on CNN, National Geographic Channel and many other media.

Astor Wong is a staff anthropologist at CERS.  She has degree from Durham University in the United Kingdom.  She now mainly focuses on cultural research of the Batak indigenous tribe in Palawan, Philippines, and the Monpa people in Bhutan, documenting their vanishing cultural practices with articles and film.   She is also an activist who aspires to bring positive impact to the communities she is studying through devising development programmes.