Professor Peter Clift
Saturday, 20 Jun 2020
Google Calendar Outlook Calendar
10.15 am to 6.15 pm
To reserve places, please email the RGS - HK on This email address is being protected from spambots. You need JavaScript enabled to view it.. You'll then receive booking instructions and a booking form. Detailed joining instruction will follow shortly before the event.
Professor Peter Clift joins RGS again and leads this special field trip to explore the geology of the Nine Pin Islands. During the hike, he discusses how the isolated islands to the east of Sai Kung were formed from volcanic eruptions 140 million years ago and how they contain some most spectacular hexagonal rock columns in the world. 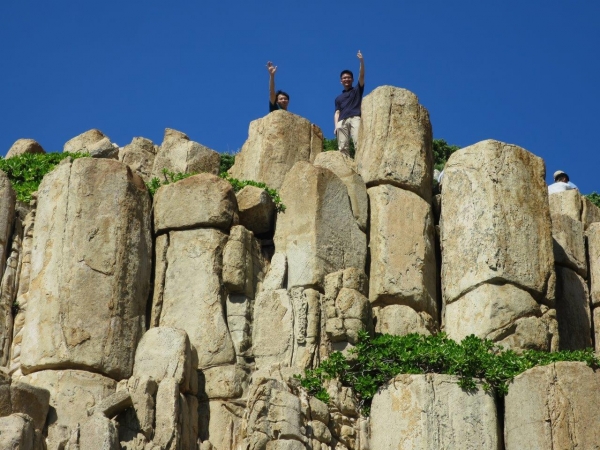 The hike starts off with a white-knuckle speed boat ride from Sai Kung to North Nine Pin Island where we will split into groups and hike up the island and across the famous hexagonal columns.  The rocky terrain then leads to a small light house with uninterrupted views and time for a picnic lunch.

After exploring the North Island, a ten-minute speedboat journey transfers us to the larger South Island.  Once on the island, there is the opportunity to hike over a natural sea arch worn away by millions of years of the sea erosion and up to the isolated Tin Hau temple.  The hike then descends to a secluded beach.

The speedboat then collects us and returns to Sai Kung where there is time to explore the town before the return coach back to Central.

The hike is steep at certain points but should be fine for a reasonably fit person.

While widely recognised for his work on Holocene climate change, for which he is widely published, he is perhaps best known for relating his geomorphologic work to human civilisations.  He speaks widely at conferences worldwide, is a visiting lecturer at several universities and advises academic organisations worldwide and is soon to publish a book on Monsoon Rainfall, Great Rivers and the History of Society in Asia.

Please bring:   Packed lunch, plenty of fluids, walking shoes and appropriate clothing for being on a boat

This trip has limited places because of the speedboat and, for social distancing, this event is going to be held in compliance with the rules of the Government then prevailing.