How to Quit your Day Job and Cycle across Asia

Tony Brooks
Wednesday, 7 Oct 2020
Google Calendar Outlook Calendar
7.00 pm to 8.00 pm
Webtalk
The event is free of charge for members. For guests or non members, the registration fee is $50. Please click into https://www.rgshk.org.hk/payment-for-tony-brooks-talk-on-wed-7-oct for registration. The webinar link is going to be sent to members, guests and non members at 12.30 pm on Wednesday, 7 October.
Almost 25 years ago, Tony Brooks set off on a bike from London, with the aim of cycling across Asia. He completed his astonishing trip in one piece, and 18 months later he reached Alaska, having crossed Asia via Iran, Pakistan, China and North East Siberia. 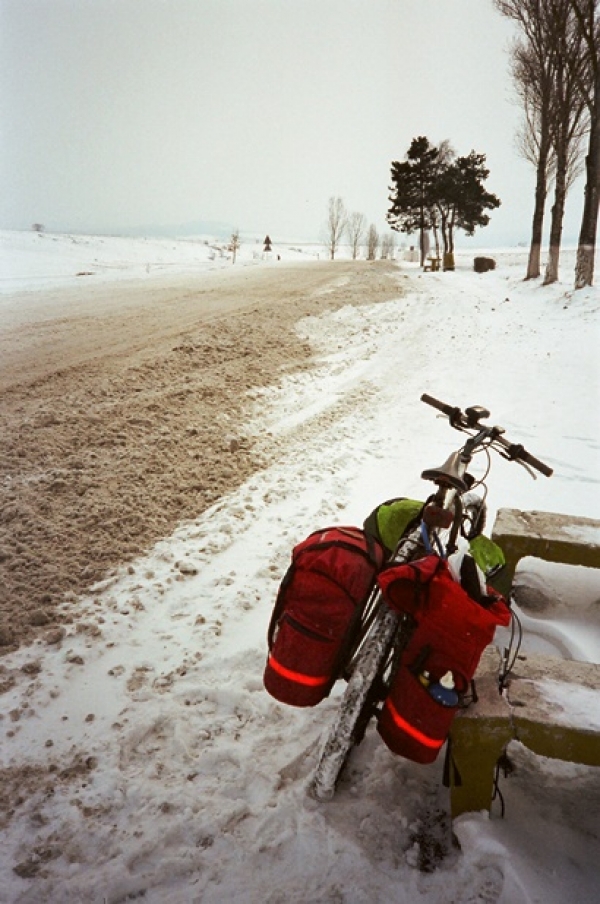 In the talk, he speaks about the amazing adventures of the trip and how to plan for a long distance cycle ride.  In fact the hardest thing for him was quitting his job, so that he could set out in the first place.

The trip was full of extraordinary incidents, such as when Tony bent his titanium frame mountain bike when he crashed while descending from a 4,000m pass in the Pakistani Himalaya.  The sole bike shop in the nearby town of Gilgit managed to knock the bike back into shape with a sledgehammer.  He crossed the Gobi Desert on a HK$800 bike after his first one disintegrated.

In order to gain entry to Iran, Tony had 5 visits to Iranian missions in 3 countries - UK, Turkey and India.  After a month long wait in New Delhi, he was given a 5 day Iranian transit visa which he subsequently extended to nearly 3 months.  He crossed Iran in its entirety from NW to SE, traversing the Kurdish highlands, skirting the Caspian Sea, visiting the fabled cities of Esfahan, Yazd, Qom and Tabriz, and crossing both the Iranian Salt Desert and the Great South Sand Desert.

Tony cycled through NE Siberia almost being eaten by giant mosquitoes.  He also cycled past the remotest meteorological station in North East Siberia.  Here it snows even in June, and the meteorologists drive to the shops 200 miles away just once a year and rear wolf dogs to fend off frequent bear visits.

The expedition raised money for a drug and alcohol rehabilitation centre in East London, run by the Salvation Army.

Dr Tony Brooks is from the United Kingdom.  Since his epic expedition, he has gained an MPhil in International Relations and Economics, and a PhD in Chinese, both from Cambridge University.  He also set up two businesses, the first being Milton Brewery, an award winning micro-brewery.  He now runs Southern Seas Glasses, an eyewear company which now sells around 36,000 pairs of glasses a year in the UK.  He has also worked for the EU Chamber of Commerce in China, helping EU companies invest in China.  He still cycles everywhere, and his most recent cycle trips include a journey from the edge of the Gobi desert to Shenzhen.