Made in the Wild

Jack Randall
Wednesday, 6 Jan 2021
Google Calendar Outlook Calendar
7.00 pm to 8.00 pm
Webtalk
Please note that this talk is particularly suitable for our teenage members as well as all adults. The event is free of charge for members. For guests or non members, the registration fee is $50. Please click into https://www.rgshk.org.hk/payment-for-jack-randall-s-talk-on-wed-6-jan . The webinar link is going to be sent to members, guests and non members at 12.30 pm on Wednesday, 6 January.
Jack Randall, the well-known zoologist and filmmaker, is on a mission to meet every single species on the planet – up close and personal. In this talk, he shares his wild stories from traipsing through the jungles of the Amazon researching anacondas, to trekking deep into the Australian Outback to research deadly crocodiles, pythons, turtles, feral camels, venomous snakes – and more! 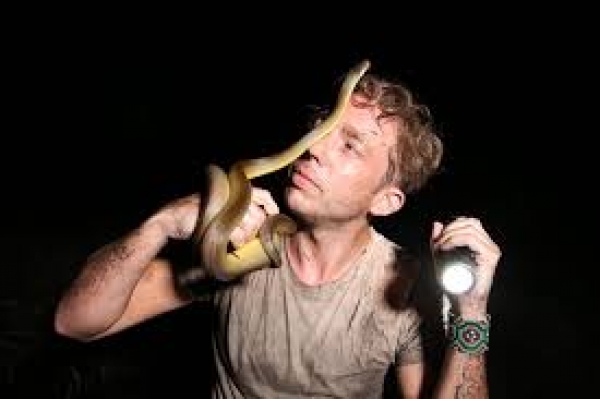 He discusses his personal experiences in field biology and extensive career attempting to spotlight every species on the planet.  He shows that if mankind can hear and learn more about the world’s incredible animals and how they live in their natural habitats, more people become inspired themselves to get out to explore and conserve.

Jack argues that the more that people can study and monitor animals in the wild, the more they’ll help conserve them for future generations.  He describes how he is helping to establish long term biodiversity survey and research hubs globally, working with local people, infrastructure, conservationists and scientists, all the way from Zimbabwe to Brazil, Argentina, Malaysia and Australia.

At just 14 years old, Jack Randall left his home in the United Kingdom to become an apprentice to Steve Irwin, learning to handle snakes and other reptiles.  He went on to read Zoology at the University of Oxford.  Today, he treks into the wild, searching for exotic, endangered and iconic species, in some of the most unforgiving environments on the planet – inspiring others to get out there into the wild.

Jack’s six-part TV series, Out There with Jack Randall launched recently on Nat Geo Wild and Disney+ channels.  During 2018, he led an expedition to Australia, on a mission to understand more about why so many species have evolved venom on the continent.  Prior to this, in 2016, Jack ventured into the Amazon jungle on his Expedition Anaconda to seek out a legendary 30-foot snake.  His company, Made in the Wild, supervises students to build field biology skills in the wild, whilst helping establish biodiversity data collection hubs around the world.