Adventures in a Flying Car

Neil Laughton
Wednesday, 28 Apr 2021
Google Calendar Outlook Calendar
7.00 pm to 8.00 pm
Webtalk
The event is free of charge for members. For guests or non members, the registration fee is $50. Please click https://www.rgshk.org.hk/payment-for-neil-laughton-s-webtalk-on-wed-28-apr. This link for this webtalk is going to be sent at 12.30 pm on Wednesday, 28 April.
Neil Laughton tells the remarkable story of fulfilling a wild dream, of building the world’s first flying car and of undertaking a hazardous journey from London to Timbuktu, including crossing minefields, the Straits of Gibraltar and the intimidating Empty Quarter of the Sahara Desert. In this incredible journey through Europe and Africa in a car with a parachute and a giant fan-motor, Neil soared over the Pyrenees near Andorra, before taking to the skies again to hop across the 15 km Straits of Gibraltar. 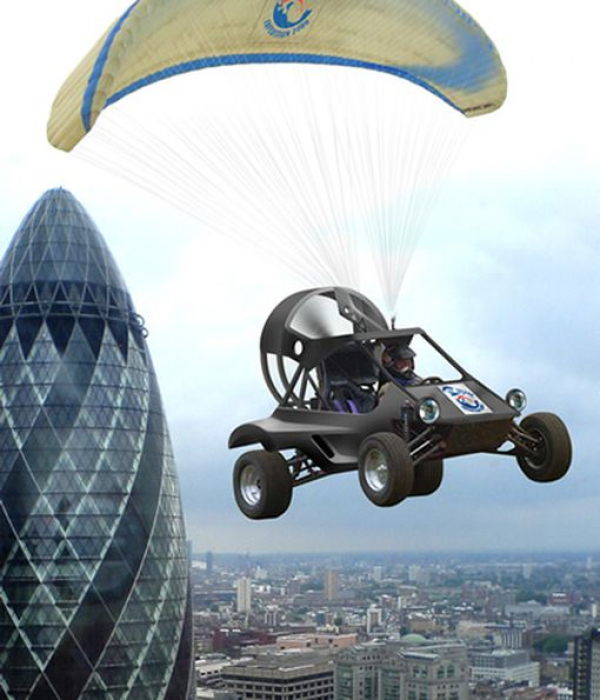 Neil piloted the world's first road-legal, bio-fuelled flying car, the Parajet Skycar, on the 5,800 km journey by land and air.  The car was driven where there were roads available and flown where they were not, notably over the sea at the Straits of Gibraltar and in the Sahara.  He flew over the Atlas Mountains in Morocco, above stretches of the Sahara Desert in Mauritania and Mali, and wherever else the road ran out.

Neil had to cope with wind chill temperatures as low as -30C and blistering heat up to 50C, as well as reported threats from Islamic militants in Mauritania.  There were also the more friendly nomadic camel caravans of the Sahara.  Neil’s destination was the west African country of Mali and the iconic city of Timbuktu, a place which has had a mystical, "middle of nowhere" reputation since the heyday of Victorian exploration.

Neil is passionate about adventure and he has organised and led some 80 expeditions on all of the seven continents, by land, sea and air.  He has completed the Explorers Grand Slam, climbing the highest mountain on each continent, the Seven Summits, and skiing to both Poles.  Neil climbed Mt Everest with Bear Grylls and was the first person to circumnavigate the UK & Ireland on a jet ski.  Neil has also led expeditions all over the world, in some of the most hostile and dangerous environments.  He has climbed 12 previously unscaled mountains.

He has also founded a dozen businesses, one of which grew to £40m business and was sold to a FTSE 100 company.  Currently, he is CEO of Laughton & Co, a training & development business, Chairman of the Scientific Exploration Society and Captain of the England Penny Farthing Polo team.