Shivaji Das
Thursday, 17 Jun 2021
Google Calendar Outlook Calendar
7.00 pm to 8.00 pm
Webtalk
The event is free of charge for members. For guests or non members, the registration fee is $50. Please click https://www.rgshk.org.hk/payment-for-shivaji-das-webtalk-on-thu-17-jun . This link for this webtalk is going to be sent at 12.30 pm on Thursday, 17 June.
The ‘Other’ Shangri-La is the story of Shivaji Das and his wife’s journey through the Sino-Tibetan frontier-land of western Sichuan. In the talk, he describes the rugged and glorious landscape and people of this region that comprises of 7,000-metre-high mountains, deep gorges, vast grasslands and the world’s most dangerous roads. 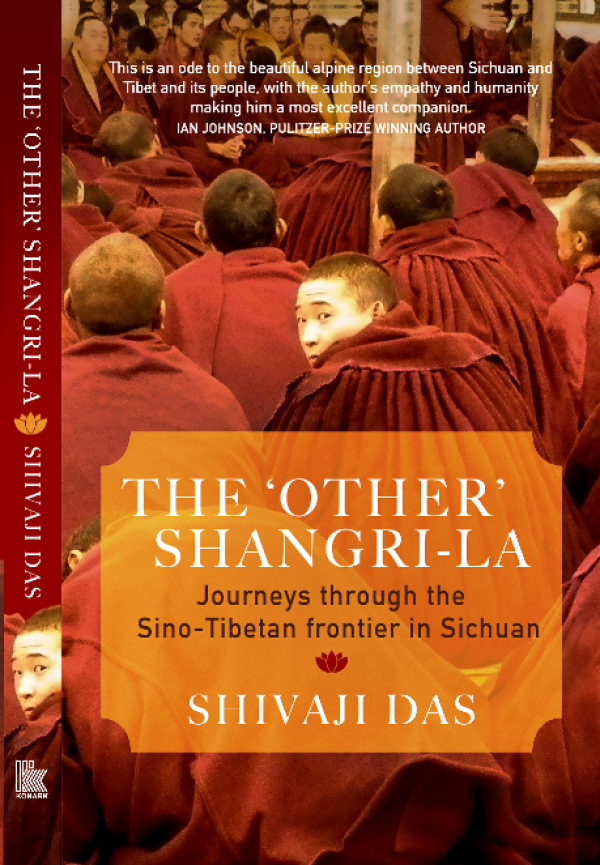 He also explores the region’s history and the peculiarities of its scattered settlements: Litang - the world’s highest town that is also the birthplace of important Lamas; Larung - the world’s largest monastery and highest slum; Danba - a ‘Beauty Valley’ famed since antiquity for its good-looking and strong-minded women; Yading - a pilgrim circuit once terrorized by bandit monks; and Kangding - a small town that gave birth to China’s favourite love song.

Along their journey, the travelling duo indulged in several humorous adventures, including staying with nomad families, debating with monks on reviving Buddhism in China, getting spooked by a bone-collector at a sky-burial site, becoming investigators in a love triangle in the ‘Beauty Valley’, and running away from paparazzi tourists who took the travellers as participants in a local beauty contest.

He also explores in detail the lives and cultures of the people inhabiting these remote lands, who are now subject to numerous socio-economic factors, including continuing migration of daredevil yet earnest entrepreneurs from coastal China, nomads rejecting government financed permanent settlements to return to their ancient lifestyle, and the fall and rise in the macho imagery of the local Kham men, who were once considered the most eligible men in China.

Shivaji Das was brought up in the north-eastern province of Assam in India.  He is a graduate from IIT Delhi and has an MBA from IIM Calcutta.  Shivaji now resides in Singapore and works as the Managing Director-APAC for Frost & Sullivan, a research and consulting company.

He is the author of four travel memoirs and photography books.  His latest book is the Amazon #1 bestseller: The Other Shangri-La: Journeys through the Sino-Tibetan Frontier of Sichuan.  Shivaji’s writings have been published in TIME, Asian Geographic, South China Morning Post, Outlook Traveller, Jakarta Post, Conscious Magazine, The Diplomat and Freethinker. His interviews have been featured on BBC, CNBC, The Economist, Radio Australia, Around the World TV, etc.  He is shortly releasing another book The Great Lockdown: Lessons Learned During the Pandemic from Organisations Around the World.