The Missing Buddhas: The mystery of the Chinese Buddhist statues that stunned the Western art world

Tony Miller
Thursday, 12 Aug 2021
Google Calendar Outlook Calendar
7.00 pm to 8.00 pm
2/F, Duke of Windsor Social Services Building, 15 Hennessy Road, Wanchai
Chaos reigned in China following the abdication of its last Emperor in 1912, leading to opportunities for dealers to acquire an extraordinary range of antiques and historical objects. Amongst them, a previously unknown group of life-size glazed terracotta statues of monks caused a sensation in the West, being both exquisite and completely unlike anything else ever seen in Chinese art. Sculpted from life, and believed to be disciples of the Buddha, they appear to look through and beyond the viewer. 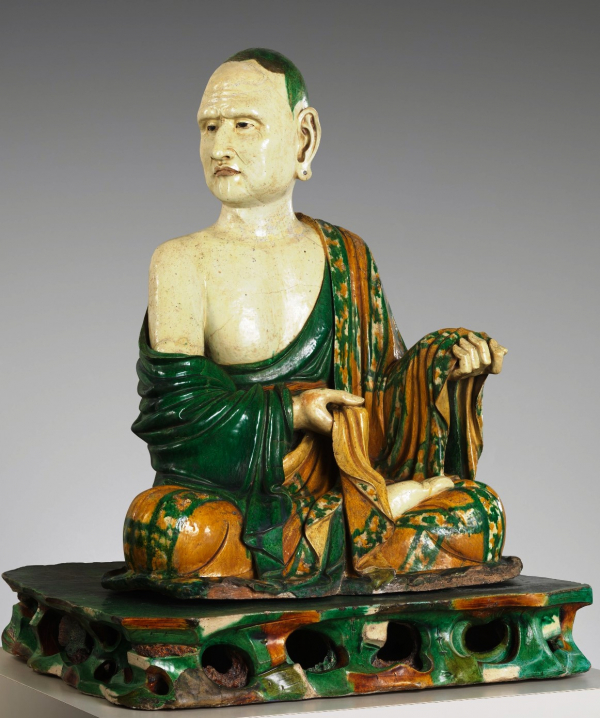 National museums and collectors around the world competed for them, but who had made them and when? And where had they been hidden before they suddenly emerged into the light?  In the talk, Tony Miller tells of their story and unravels the question of their origins.  For the past century, scholars, curators and connoisseurs have been mesmerised by the myth started by a German dealer that they were hidden in inaccessible caves southwest of Beijing to save them from barbarian invaders.

Tony Miller takes a sharp look at this tale and argues for a different version of their true history and the various myths surrounding them.  In doing so, he opens a window on a fascinating period in Chinese history and introduces an extraordinary cast of characters, as he leads the talk clue by clue to what he believes to be the real provenance of these beautiful enigmas.

Tony Miller graduated in Modern Arabic at the School of Oriental and African Studies at the University of London.  He arrived in Hong Kong in 1972, intending to stay three years and learn Chinese before joining the British Foreign and Commonwealth Office.  He quickly changed his mind about leaving and spent the next 35 years serving in the Hong Kong Government.

Along the way, he developed a keen interest in Chinese painting, porcelain, jade and the conversations across borders that have influenced art and style through the ages.  He is a former President of Hong Kong’s Oriental Ceramic Society and a member of the Min Chiu Society, and has published a variety of papers on previously unresearched aspects of Chinese antiquities. Since 1979, he and his wife Nga-Ching have wandered all over China, exploring its historic sites and natural wonders.  He and his wife co-organised the exhibition Elegance in Relief – Carved Porcelain from Jingdezhen of the 19th to early 20th Century at the Art Museum of the Chinese University of Hong Kong.

Due to social distancing, only a small audience with reduced capacity is permitted, which has been reflected in the cost.  This event is going to be held within our understanding of the social distancing rules of the Government then prevailing.  Social distancing regulations are to be observed at all times.