Exhibition Tour By Edward Stokes On Sat, 28 May

Edward Stokes
Saturday, 28 May 2022
Google Calendar Outlook Calendar
2pm to 3:30pm & 4:30pm to 6pm
Asia Society
Pre-booking is required. Please send an email to This email address is being protected from spambots. You need JavaScript enabled to view it.
During a guided tour of the current Exhibition at the Asia Society, HK Heritage Foundation Director, Edward Stokes, illustrates the extraordinary story of Hong Kong from the 1940s to 1970s, through photographs. The images, which span some thirty years, were taken by three Photographers, Hedda Morrison, Lee Fook Chee and Brian Brake. 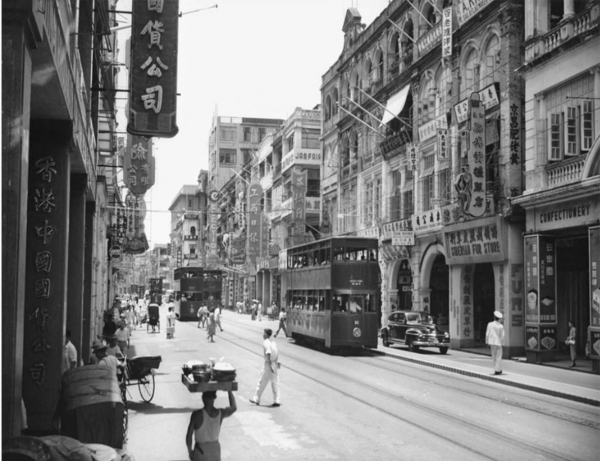 The photographs show the enormous change of Hong Kong: from the post-war recovery in 1946-47, through the resilience of the 1950s, to the vital resurgence of the 1960s - 1970s. The images, with their contrasts yet also continuities, portray Hong Kong’s fascinating people, places and patterns of life during its modern, crucible decades.

Hedda Morrison’s photos show her abiding respect for ordinary people. This led to their original publication in the government’s 1946 Annual Report. Lee Fook Chee, after a difficult early life, harnessed his resolve and ability to take and sell photos for tourists. Brian Brake created highly crafted photo stories, and his Hong Kong images were published in a 1977 book on the territory.


Edward Stokes hails from Australia and was educated at Magdalen College, Oxford. He came to Hong Kong in 1993 to work on projects on the natural landscape. He is now a well-known photographer and writer. He established the Hong Kong Conservation Photography Foundation in 1997 to raise environmental and conservation awareness in Hong Kong. His first book was Hong Kong's Wild Places, a highly regarded, evocative portrayal of the evolution of the natural landscape, describing the interplay between 'man and land'. His other books each explored a different part of the territory.

Edward is the Founder Director of The Photographic Heritage Foundation, a not-for-profit publisher that focuses on heritage and nature publications. He is the author of Hong Kong As It Was, several books of historic photographs, and also the photographer/author of books on the natural landscape and the history of Australia. He has lectured worldwide, including to the RGS in London and Hong Kong, and has also appeared regularly in many other media. ~~~~~~~~~~~~~~~~~~~~~~~~~~~~~~~~~~

Please sign up the google form above to reserve a place. The payment link and detailed joining instructions will follow shortly before the event.