The World’s Highest Bike Ride: How to Cross the Himalayas in One Piece

Tony Brooks
Tuesday, 31 May 2022
Google Calendar Outlook Calendar
7.00 pm to 8.00 pm
Webtalk
The event is free of charge for members. For guests or non-members, the registration fee is $50. Please click https://rgshk.org.hk/payment-for-dr-tony-brooks-s-webtalk-on-tue-31-may-2022. The link for this webtalk is going to be sent at 12.30 pm on Tuesday, 31 May.
All of the world’s peaks over 7,000m altitude can be found in the Himalayas, its adjoining mountain ranges and the Tibetan plateau. These mountains on the “roof of the world” attract numerous mountaineering expeditions each year, but how many people do you know who have explored the region by bike? 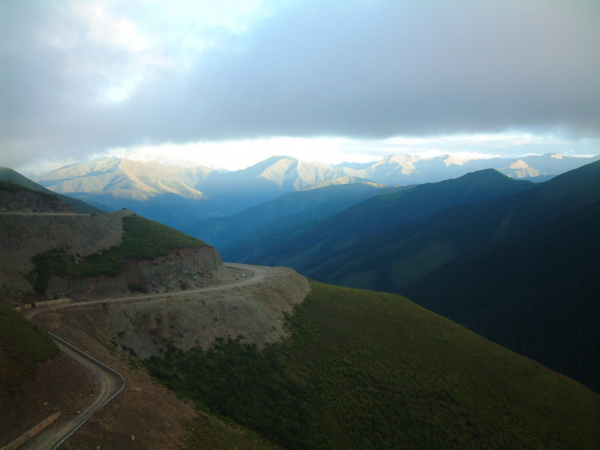 In this fascinating talk, Tony Brooks tells the extraordinary story of two bike trips he has completed through the Himalaya, Karakoram and Pamir ranges, as well as crossing the eastern edge of the Tibetan plateau.

Besides dodging landslides, rockfalls and earthquakes, Tony relates how many of the difficulties in travelling to this area are in fact political. For example, to navigate one of the main routes into the Pakistani Himalaya, you require a “Certificate of No Objection” from the authorities, as the road passes close to the disputed Line of Control with Indian Kashmir.

Near Nanga Parbat (8,125m), the 9th highest peak in the world, Tony crashed his bike while descending from a Himalayan pass. The nearest bike shop, 100 miles away in Gilgit, failed to knock it back into shape with a sledgehammer. The bike completely disintegrated by the time he reached western Xingjiang in China, so he crossed the Taklamakan and Gobi deserts on an HK$800 bicycle. His sponsors then gave him a new bike which was stolen!

Despite these minor challenges, Tony was warmly welcomed wherever he went. During the talk he introduces the audience to the people he met, as well as the stunning mountains he cycled over or around.


Dr Tony Brooks is from the United Kingdom. Almost 25 years ago, he set off on a bike from London, with the aim of cycling across Asia. He completed his astonishing trip in one piece, and 18 months later he reached Alaska, having crossed Asia via Iran, Pakistan, China and North East Siberia.

Since his epic expedition, he has gained both an MPhil in International Relations and Economics, and a PhD in Chinese, both from Cambridge University. He also set up two businesses, the first being Milton Brewery, an award winning micro-brewery. He now runs “Southern Seas Glasses”, an eyewear company which now sells around 36,000 pairs of glasses a year in the UK. He has also worked for the EU Chamber of Commerce in China, helping EU companies invest in China. He still cycles everywhere, and his most recent cycle trips include a journey from the edge of the Gobi desert to Shenzhen.